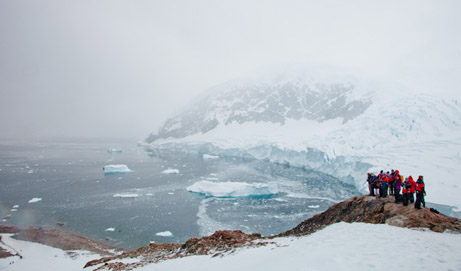 The winds were gusting at up to 30-35 knots, which makes it very unsafe for the zodiacs to land. Unfortunately, this meant that our scheduled morning landing was cancelled and instead we navigated through the beautiful Neumayer Channel to our afternoon landing point, in hopes that the large Andvord Bay would shelter us from the wind. I don’t have any images of our navigation through the Channel because, well, there was pretty much no visibility.

Despite the cancelled landing, most of us weren’t too sad. We were, almost without exception, feeling overwhelmed by all of the awesome, and our free morning gave us some time to finally catch up on our feelings.

That might be the cheesiest thing I’ve ever written, but it’s true. When you are surrounded by that much beauty, and you have penguins wanting to play with you, and whales just outside your boat, and every iceberg you see causes you to think “that’s just the tip of the iceberg”… you need a bit of time to just soak it all in.

When we arrived to Andvord Bay, we knew we were in luck! Though the sun did not come out, the visibility was much improved. And, more importantly, the bay was calm, which enabled us to do our afternoon landing in Neko Harbour – our second (and final) continental landing. I learned on the boat that it is quite rare for 11 days trips to get 2 continental landings. The glacier-covered continent mean that most landing points are on small islands surrounding the continent. So, we were (once again) incredibly lucky. And Neko Harbour was amazing.

Neko Habour was our snowiest day, and it was quite the hike up to the viewpoint. 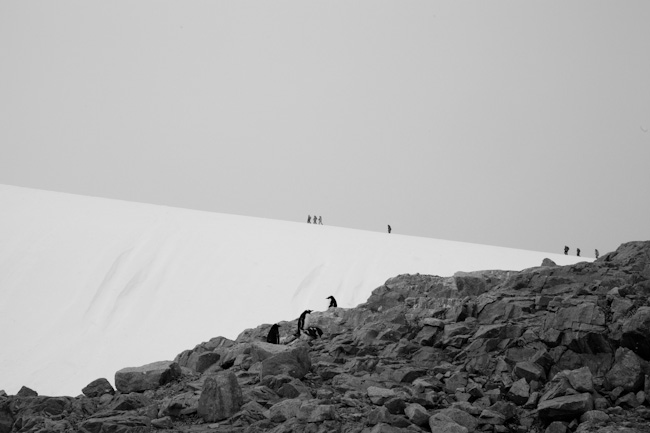 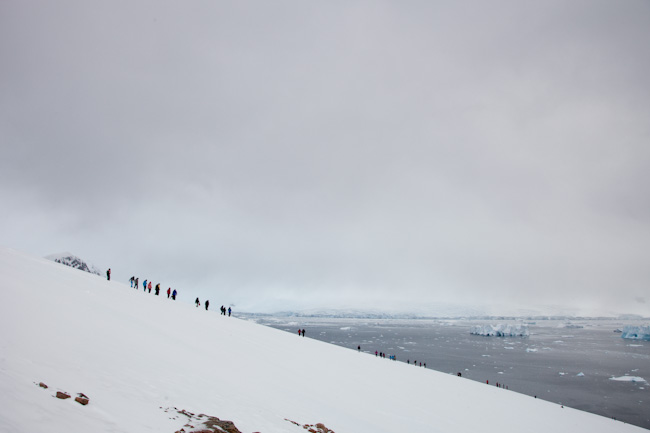 But man, was it ever worth it. 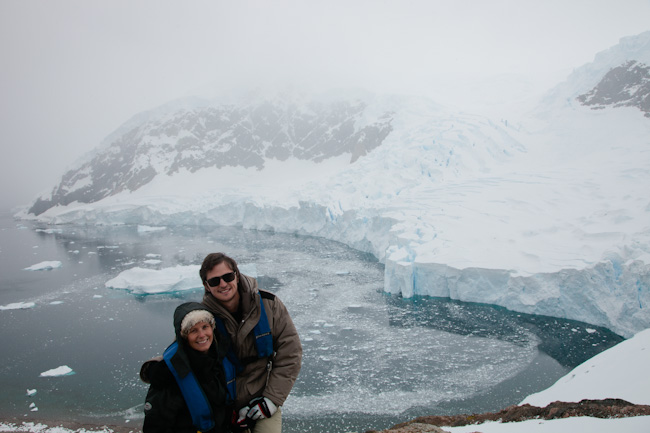 We sat in awe and just looked at the view. 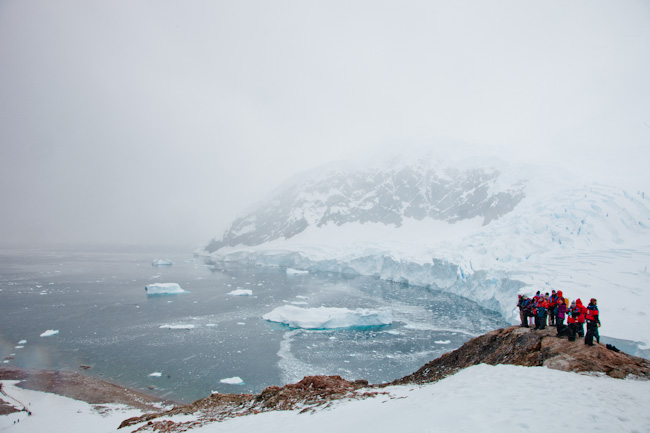 We waited (and waited) for the big chunk of glacier to calve (though it didn’t by the time we left). However, we did see several smaller calvings! 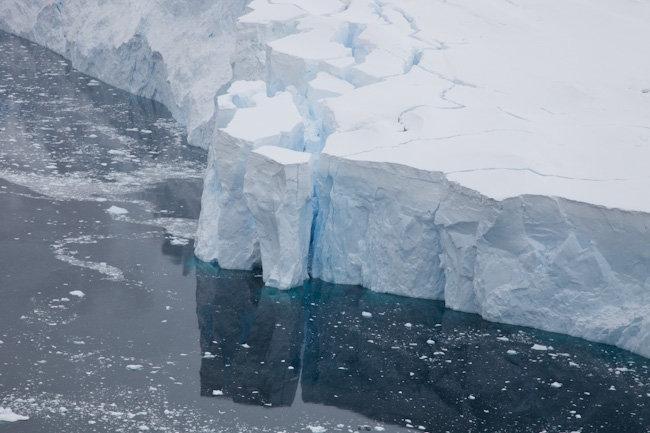 Then we played in the snow!

And we got to end the landing by sliding down the hill – a couple of times if you so chose! But the afternoon was about to get even better. 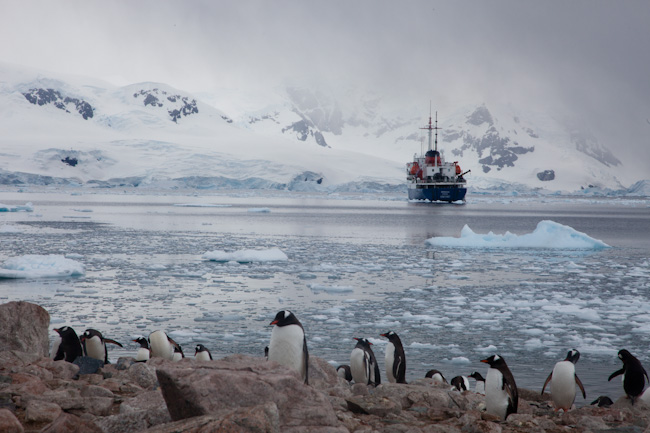 Our zodiac driver (the awesome Ariel, whose hair is to die for) took us on (yet another) iceberg zodiac cruise on the way back to the boat. Sounds awesome right. Right, it gets better. All of a sudden Ariel cut the engine. Two mikie whales were 10 feet from our zodiac. And there was no one else around.

I didn’t get many pictures, and the video isn’t that great. But it gives you an idea of just how close they were! 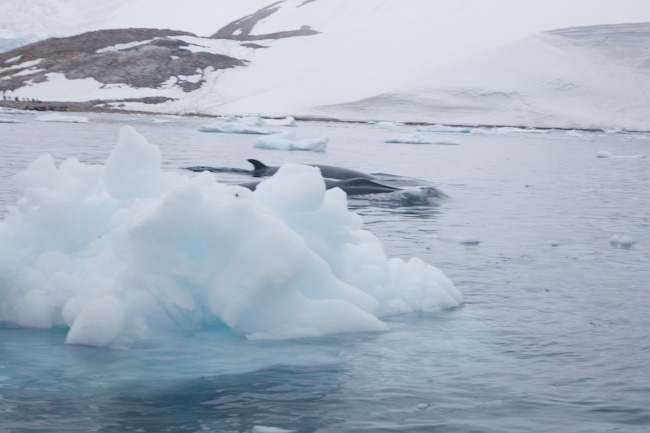 And then we got more icebergs. 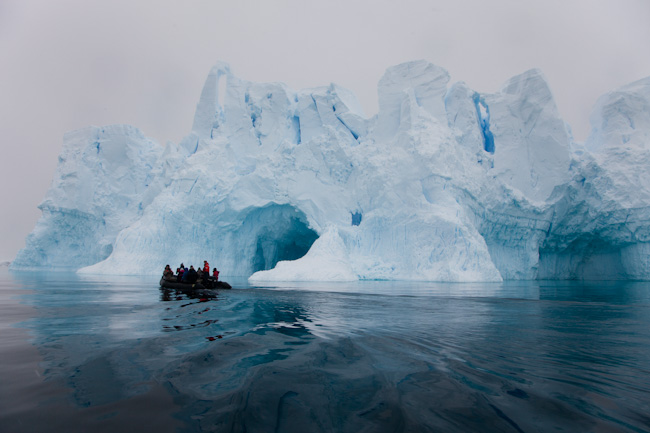 Seriously. I had to keep asking my self “is this real life”.

That night on the boat, we enjoyed a delicious barbecue, and as a pre-dinner snack they fed us choripan. 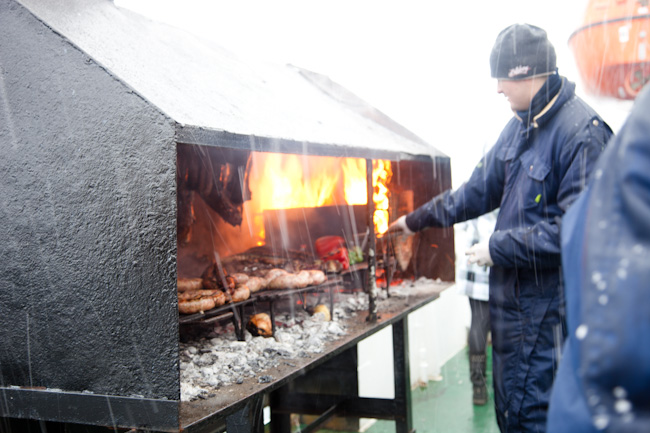 The next morning, we awoke to Day 7 (not really believing that it was Day 7) and had our landing at Port Lockroy, a former British base, complete with a Post Office! 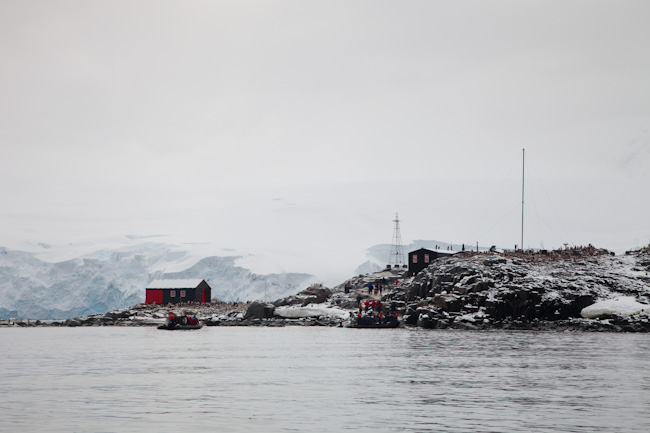 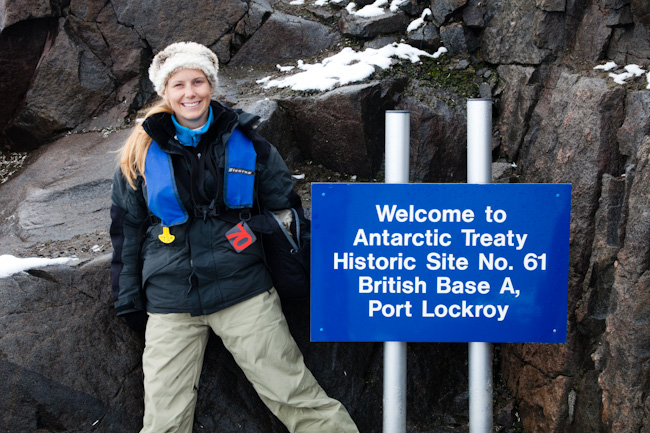 Here, again, we had curious baby gentoos. Including the cutest one yet. Despite how far south we were, I think they babies were a bit older because the weather on Port Lockroy is so very calm. 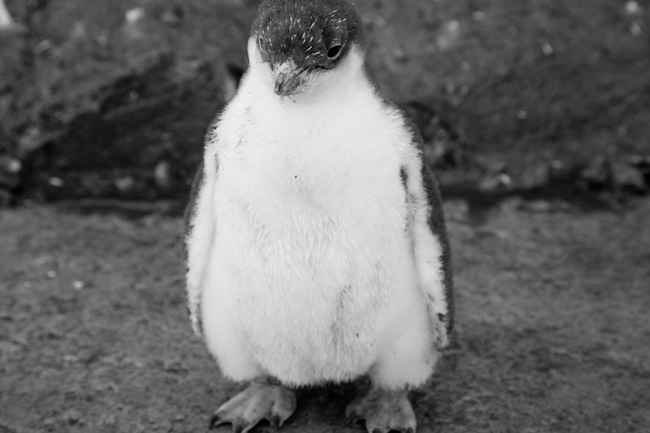 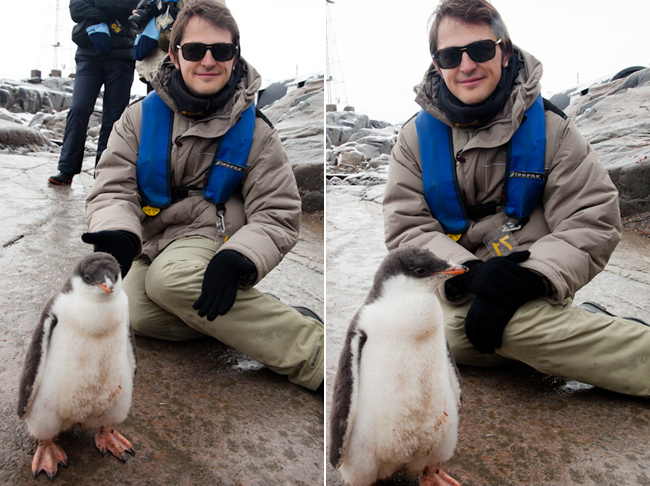 You know how I feel about curious baby penguins. (In case you forgot, click here).

We spent the rest of the morning on Jougla Island. With the most incredible view. 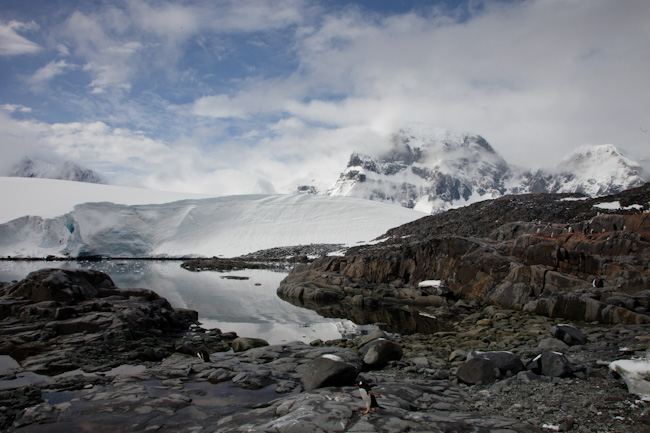 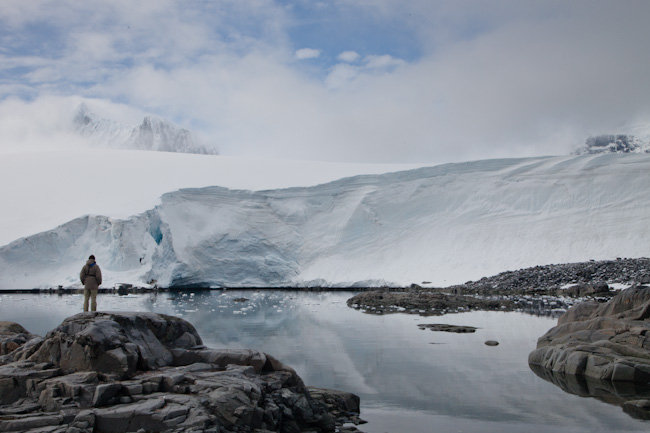 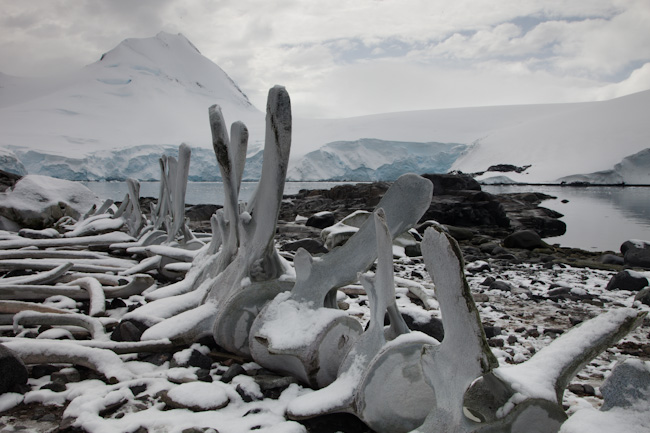 And, of course, more penguins (including one with yet unhatched eggs)!

Oh, and I better not forget spiderman. 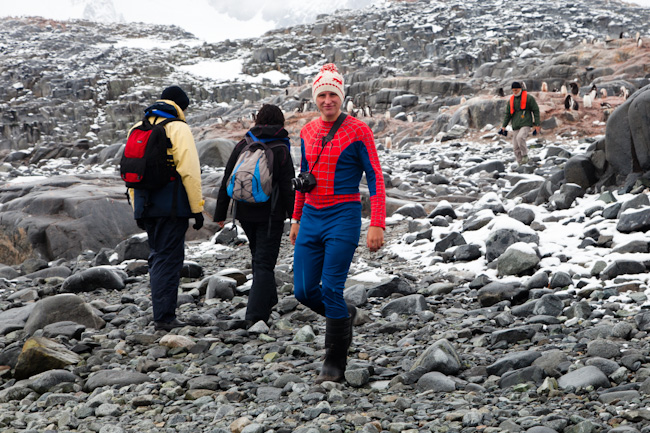 This is our friend Ed. What prompts someone to bring a spiderman costume with him to Antarctica? Well, you’ll have to ask Ed about that!

Back on the boat, we navigated (for a fourth time!) through the Neumayer Channel to our afternoon landing destination, Orne Harbour. By the time we had arrived at Orne Harbour for a zodiac tour, some not-so-nice weather had set in. Lucky for us, we were on the first zodiac tour (I think it was pretty cold by the time the second group set out at 4:45). 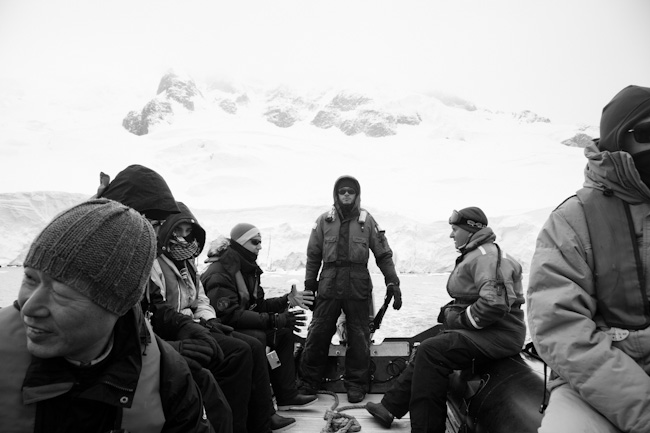 The highlight of this zodiac cruise for me was seeing our first and only leopard seal of the trip. 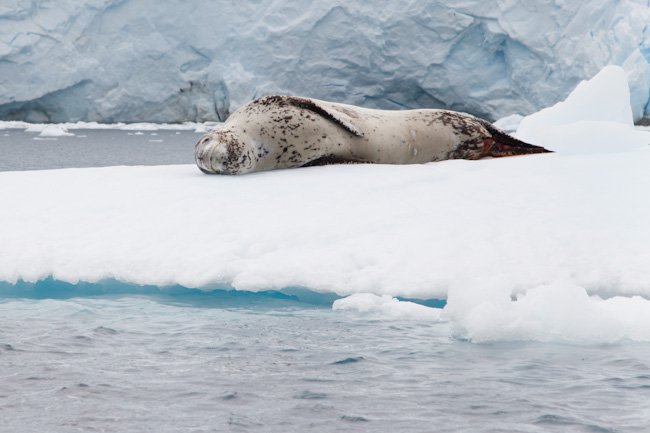 Though this fur seal, who reminded me of the mayor of whoville, wasn’t so bad either. 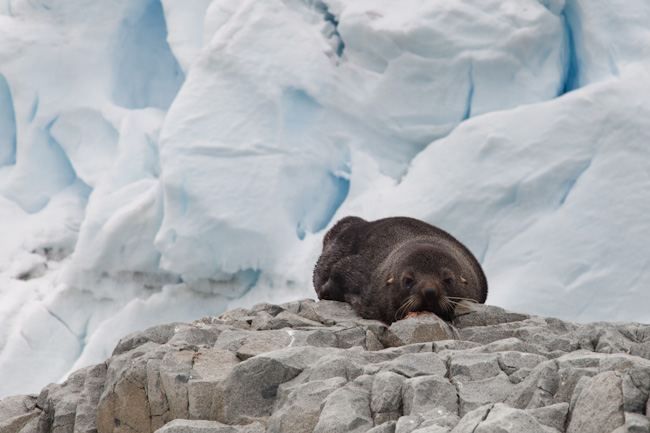 We arrived back on the boat and, with much sadness, realized that it was time to say goodbye to the continent. After dinner, we would be headed out back across the Bransfield Strait and towards the South Shetland Islands for our last day of landings on Day 8.

For more pictures from Days 6-7 (and the other days) click here. Check back tomorrow for my last recap-type post on Antarctica, Days 8-11: Deception Island, swimming (!) in Antarctica, and the Drake Passage.