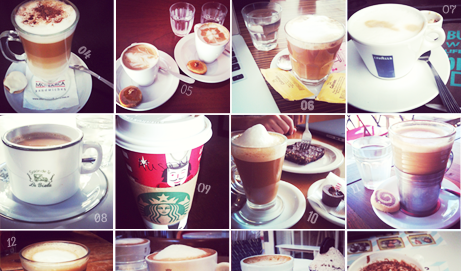 This is a pre-scheduled post. We are on our way to Antarctica this week and don’t have internet access! In fact, if our Drake Passage crossing goes (relatively) smoothly, we could be setting foot on Antarctica later this afternoon! If not today, then send happy thoughts to my tummy and hope that we get off the boat, and onto Antarctica tomorrow!

A few days after arriving in Buenos Aires and getting to know our neighbourhood (Palermo Soho), we realized that we live close to dozens, if not hundreds, of cute and funky cafes/cafe-bars/cafe-restaurants/cafe-bar-restaurants. And thus, our “14 days, 14 cafes” project – in which we visit a different cafe (or, more accurately drank a coffee from a different place) every day for 14 days – was born!

Despite having an awesome coffee culture, most of the actual coffee in Buenos Aires leaves something to be desired. In some places, this is because they use low grade coffee beans, in other it is because they let the shot run to long resulting in bitter, watery coffee. In others still, it is just because of the chlorinated water. The issue of coffee in Buenos Aires / coffee in Argentina is hotly debated in the comments over on this post. I urge you to check it out if you are into small time controversy!

Given the generally bad quality of the coffee, I sort of failed at our project. On the last day, we couldn’t stomach another bad coffee, so we went back to Starbucks in the morning. In the spirit of trying something new every day, however, we went for a cupcake at a cute little cupcake shop in the afternoon, and like a rock star, the hubs had a coffee (of which I had a sip), thus completing our project!

At the end of the day, here are our results!

Best for working: Bar 6 (Day 12), Nucha (Day 10), Nuestra Senora del Cafe (Day 5). The hubs likes Starbucks for working, I find it too cold and the seats too hard. I like bBlue (Day 1) for working, so does the hubs, outside of the busy lunch hour.

Best food: bBlue (Day 1), Bar 6 (Day 12). Both had awesome set lunches at a superb value. And these lunches include a coffee. Then you could sit for hours after lunch and work.

Worst for working: Muu Lecheria (Day 3) on a Sunday. Two words: Wild Children. Runners up: Forneria (Day 11) – understandably since this is not really a cafe at all, and Marks (Day 6) – too happening.

If you are into the nitty gritty detail, I discuss each of the cafes (and the coffees) in more detail after the picture. And at the very bottom of the post you will find a map! Because I love maps! 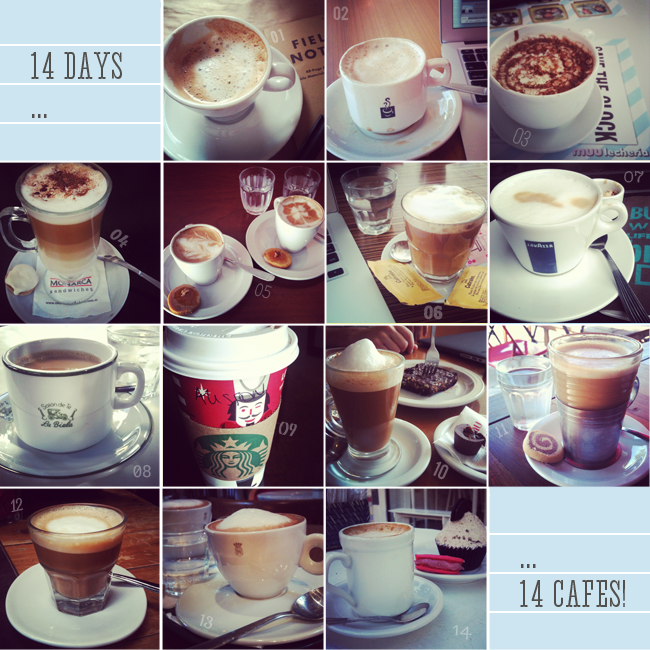 And lastly, a map. Because I love maps. There are two things that are immediately obvious from this map. 1) We live in an totally awesome area. 2) We probably could afford to expand our horizons a little bit. 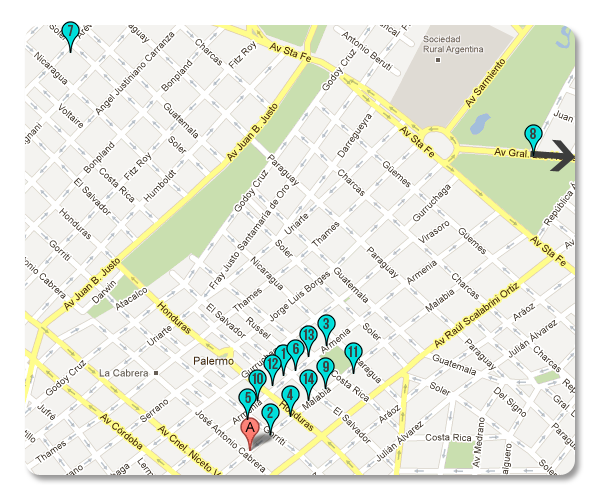