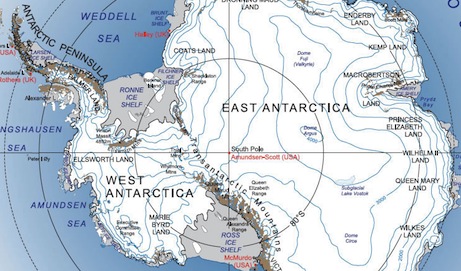 Today we get on a plane – probably right as this post goes live – and fly to Ushuaia, Argentina. If you haven’t heard of Ushuaia, I’m not surprised! On a world map, it is at the very very bottom…

You know what’s not on that world map?

And you know where we go on Saturday? “Why Antarctica?” People invariably ask. And there are lots of reasons, but here are my top five.

One: All seven continents

Ok. This should really be reason one because I love penguins. Love them. I’ve loved penguins since I was a kid, and even received an Earls penguin for a birthday gift one year. (If you didn’t grow up in western Canada, you probably don’t know that Earls used to be super-kitschy). But back to penguins. I love them. Happy Feet is one of my favourite movies – it doesn’t get much better than tap dancing penguins. And early February is a great time to go because there are still some baby penguins. I can’t wait for the penguins.

Icebergs are beautiful, imposing, impressive, cold, and oh so mysterious. And there are expressions about icebergs. Can you imagine looking at a gi-normous iceberg and thinking to yourself “that’s only the tip of the iceberg”? Yeah. That’s what I’m going to be doing in a couple of days.

When I think about the photographic opportunities that are going to present themselves over the next two weeks I get giddy and squirmy and do a little shimmy. Seriously. I just did one in Starbucks. (And I do one every time I re-read this paragraph while editing much to the embarrassment of the hubs who keeps looking at me like I’m a crazy person). I am very excited to capture some amazing wide-angle vistas, close up wildlife shots, and everything in between. Oh, and you can count on some cute shots of the hubs and I too!

Ok. I appreciate that this is kind of like reason one. But it’s a little different. Because there’s a certain cachet to Antarctica. It’s Antarctica, people!

Don’t worry. It’s not like we are going to Antarctica and calling it quits. Or that we are so naive to think that we’ve done it all. Because there is so much more out there to do.

There are just so many places I want to see. I can’t even count them. But know what I can count? Continents. And in just a few days, I will be able to say I’ve been to all seven.