Getting a couch. Stressful: always. Extra stressful if you don’t currently have a couch and have to rest your weary bum on the floor.

You’ve already heard about our trials and tribulations with Karl the Sofabed.

Our next step after that was to head to Ikea to see if we would have even liked Karl the Sofabed. Turns out Karl the Sofabed = not so comfortable. So losing Karl may have been a blessing in disguise. That being said, we really liked Karl the Loveseat + Chaise, and we surprised ourselves by liking the beige colour a lot.

When we got home we started looking on the list of a man called Craig. No Karl + Chaises were selling on the list (probably because they are awesome), but a friendly Criagslister was selling her never assembled Karl the Loveseat (in Sivik Beige) for $200. If we picked up the Chaise add-on and cover from Ikea we’d get the perfect (and new) couch for about $600. About $200 over our budget, but I was willing to bend a little bit for this combo.  I could just find some deals elsewhere!

So, after corresponding with the seller and working out a pick up time, we picked up a Modo car and rushed back to Ikea before it closed. We rushed to the couch section to get the numbers for the chaise and the cover where we realized that the couch we sat on: not sivik beige. It was sivik beige’s posh cousin Lindö beige. Sivik beige = kinda icky (in a shiny, not really upholstery sort of way).

So, with a gigantic sigh (and maybe a few tears) it was back to the drawing board. We also had the extra kick in the pants being having to pay $36.05 for the Modo car (though about $11 of that was for the table—which I will introduce you to in more detail in a later post) so it is more like $25 down the toilet).

Then came more days of Craigslisting.

And we liked it! So watch the video to see how it all goes down…

The Craigslist Decorator :: Couch Edition from Allison Suter on Vimeo.

And now, after not killing each other getting the couch up the stairs (though it may have been close), we have a couch. $450 was a little over budget ($400), but it is almost new, in very good condition, and not from Ikea, yippee! It needs to lose the dark red/brown cushion in favour of some pops of colour (which I am currently working on) and seriously needs some art. But it is super comfortable (I know, it doesn’t look it), if a bit narrow and looks awesome with our sofa tables (which are also coming soon)! 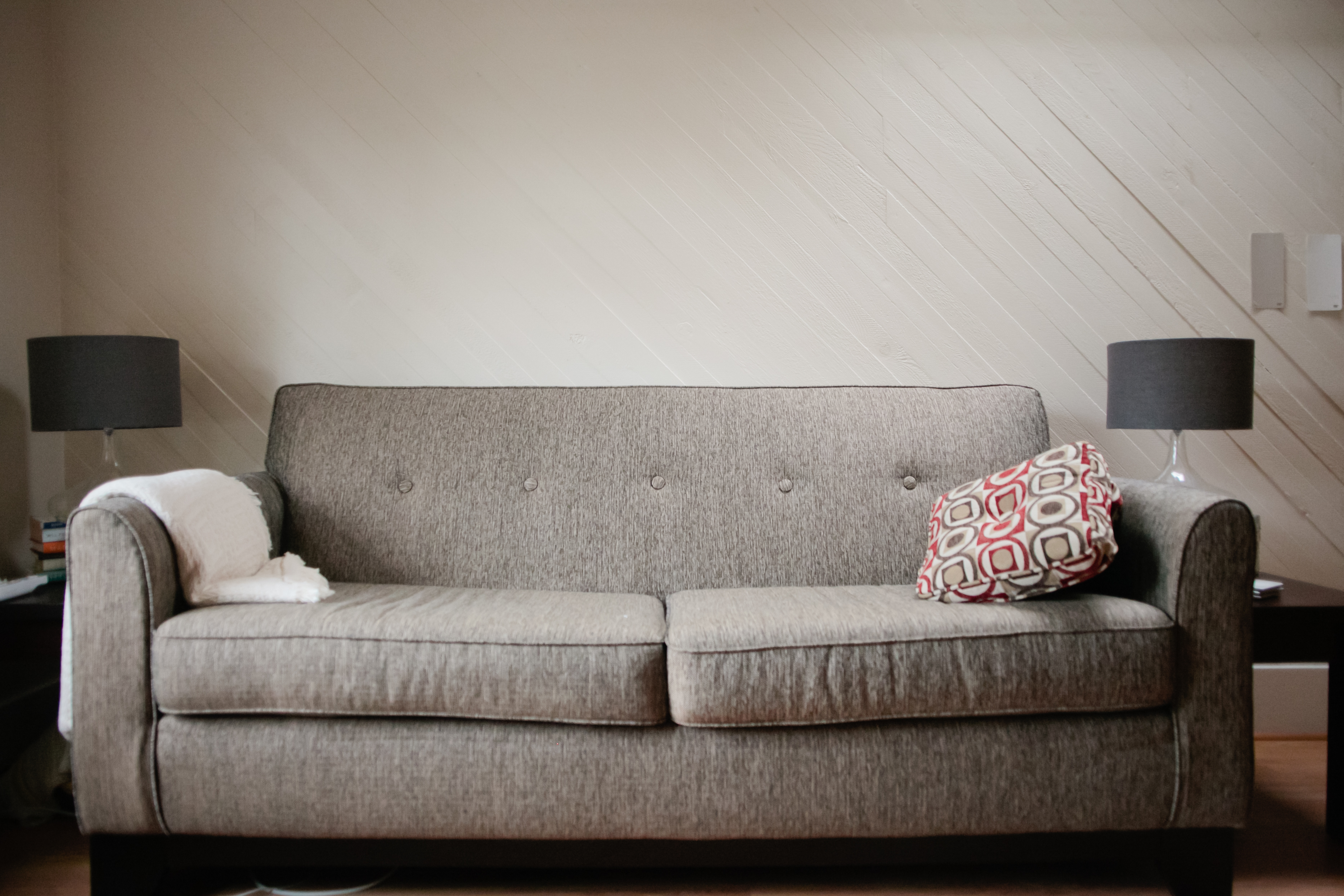 Cragislisting is an awesome way to get great deals and furnish your place for cheap. That being said, your time is worth something and I spend hours a day trolling craigslist. Then I find the perfect item and it will have been sold to someone else (yellow credenza anyone). There will be hours spent checking out items that just don’t work. And there will be tears. But then you’ll get an item that will be awesome. Or you’ll have a crazy experience like our tables (about which I’ll tell you soon). So, it can be worth it. Just don’t expect it to (always) be awesome!