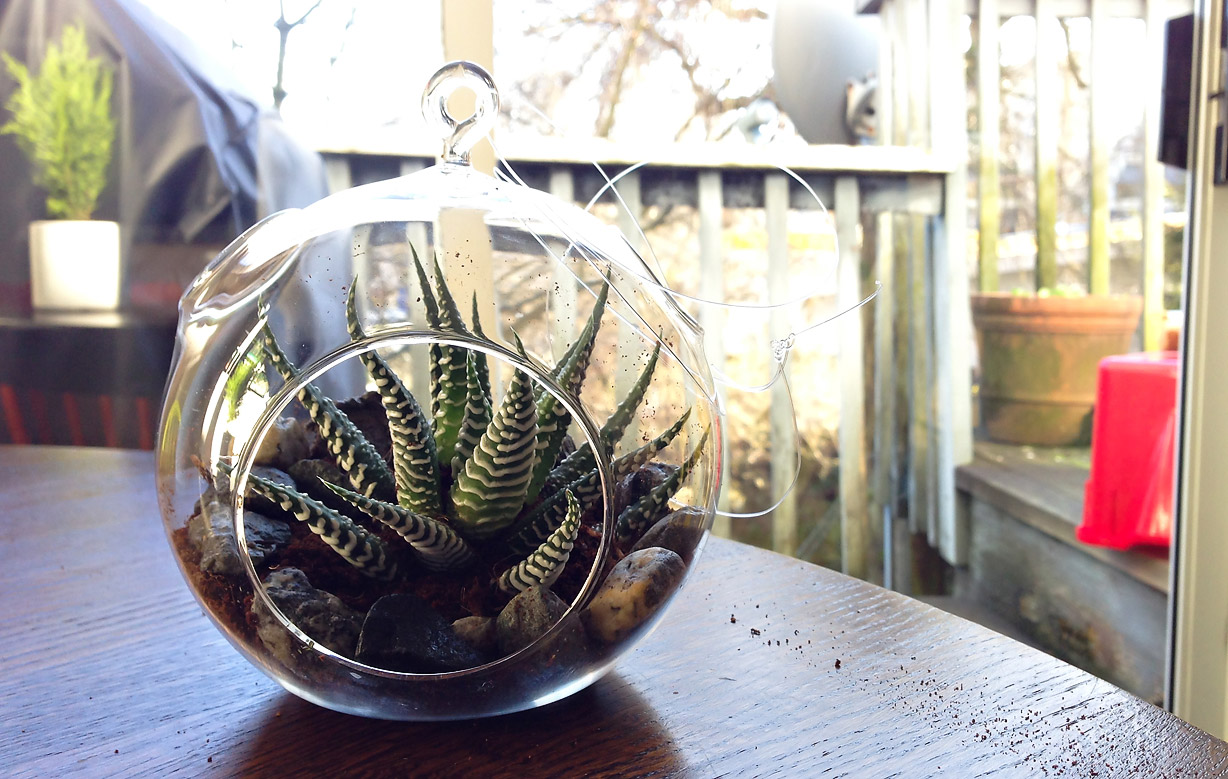 Yesterday was one of those days where you remember exactly why you moved to Vancouver.

It was March 3. And this happened.


On top of the fantastic weather, we were surprised that we had a bit of a “calm before the storm” (at least we hope the storm is coming) type of day. It was the type of day where we woke up bright and early and went grocery shopping when the store was still empty, but ready for a busy Sunday. The kind of day where we found a bookcase on craigslist, brought it home, and released our books from the Staples boxes in which they’ve been living since December 2011 (I wish that was a typo). And then we styled it. And our house feels so much more like a home.

Then we decided to go for a walk to buy a succulent, since I’ve wanted to build some sort of terrarium or succulent garden for a very long time. On last week’s epic walk we purchased this fun hanging glass pot from CB2 with this project in mind.

This cute little guy is called a “haworthia”. He is a succulent, and though he looks like an aloe, he isn’t. That’s the extent of what I learned about him on the internet.

I made a little rock barrier around his outside, and decided he looked pretty fricken cute.

The last tenants left us 4 hooks in the ceiling for ceiling plants, and after taking him on an adventure to all four we settled on the kitchen. This is his view.

Other than the time it took to buy the materials, putting him together took less than 15 minutes and resulted in something pretty awesome.

One Reply to “A Haworthia Terrarium”