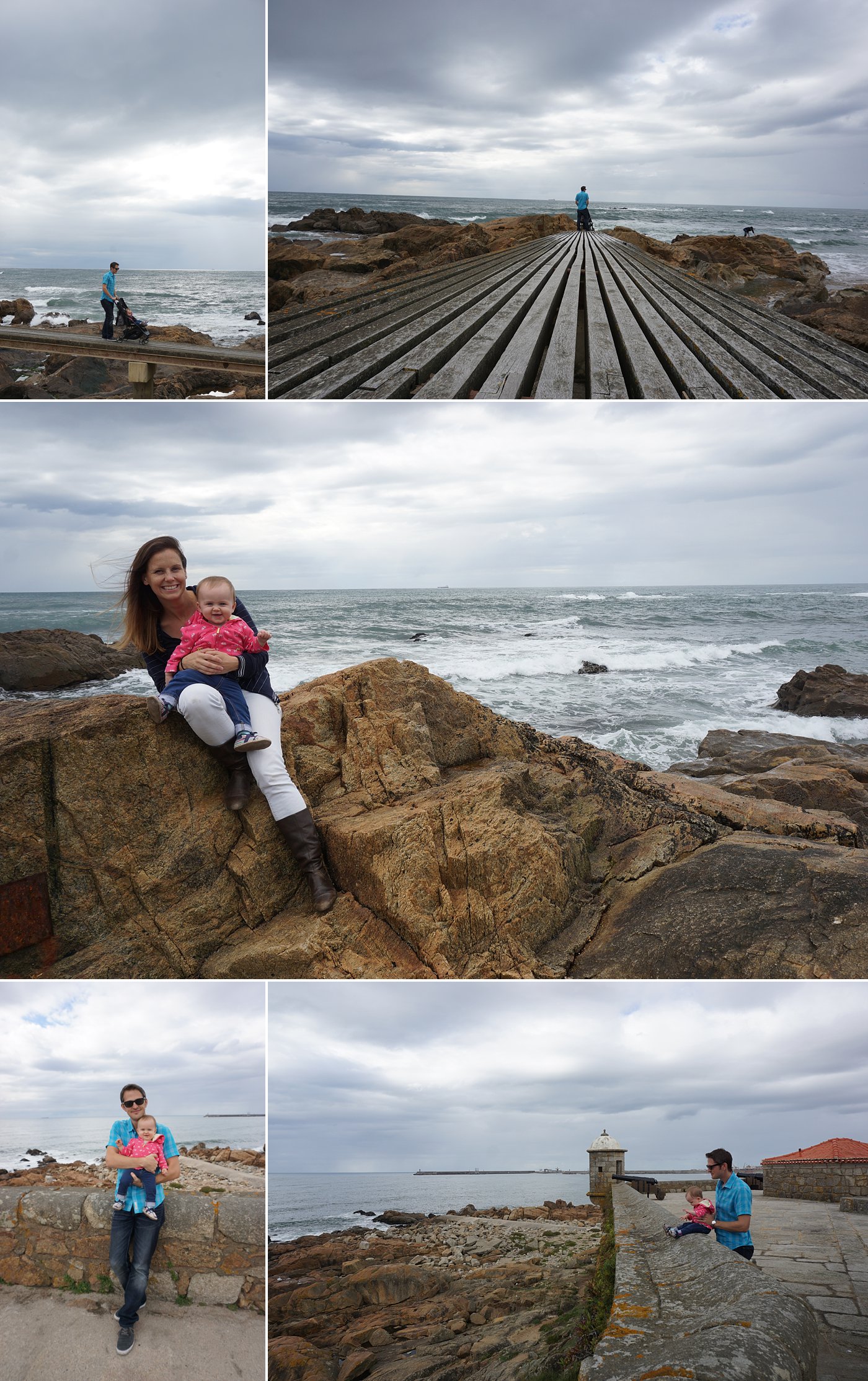 Warning: this is a long one!

We spent the last three days in Porto, and I hate to admit it but we were just a little bit disappointed with the city. Whether it was the weather (which didn’t cooperate), the neighborhood we were staying in (which was just a little bit sketchy), or the city itself (which didn’t quite live up to our high expectations), I’m not sure. Mostly likely, it was a mix of the three factors.

Our time in Porto started off super well, our flight was great, the airport is awesome—small, modern, and efficient—airports don’t get much better than that! We had arranged an early check in with our host, and taking the metro there was very simple (even with all our stuff)!

Things started slipping downhill when we got off at our metro stop-it just felt a tiny bit sketchy. We were just a bit on edge after the short walk from the metro to our building, and we beat our host there. So, as we waited we familiarized ourselves with our street; including the abandoned, dilapidated, building across the way! I would have taken a picture but didn’t really want to take out my phone or camera… When our host arrived a few minutes later and let us in, things continued to get more bizarre: the building felt like an underutilized commercial building. Kind of like a building in which you’d find a doctor’s office. With an apartment in it. So. Weird. Luckily, the unit itself was safe and lovely!

After a couple of hours of settling in and playing with Clara, we set off for downtown and touristing! It was a bit of a grey day, but at least the rain held off till the very end. We saw most of the major sights in our walk around the town. Some stuff was awesome (a great flea market! a green roof with a cute cafe!), but the more major the sight, the more it was swarming (summer in Dubrovnik style) with tour groups making it hard to enjoy.

After several hours waking around Porto, we crossed from the old town over to Vila Nova de Gaia (where the port “lodges” are). Knowing nothing about port, we followed the guidebook’s recommendation and pushed the stroller up a giant cobblestone hill to Taylor’s. And we got there 4 minutes too late for the last tour (even though we were there about an hour before it closed). It didn’t help that the man was a bit snooty about it. So, with a sigh and a bit of an eye-roll, back down the hill we went, and were luckily able to book a spot on a tour at Calem for about an hour later. We spent the hour at a tasting at Qunita de Noval, which was fantastic. The server was extremely helpful, and the port was surprisingly delicious!

Our tour at Calem was informative, and it was fun for us as Clara seemed to be the highlight for about half of the guests on the tour!

By the time that finished, it was getting to be dusk. We couldn’t believe how quickly the day went! The quickest way up the hill seemed to be by stairs-thank goodness our stroller is light and portable.

By the time we stopped for groceries, got home, and ate, we were exhausted (remember this was all the same day as our 5:30 am wake up call in Madrid after a sleepless night) so sleep was welcomed by us all!

Our second day in Porto was the best day! We slept in, had an easy morning, planned a route, and then set off on a walk to the giant Parque du Ciudade.

Porto is sort of the opposite of Madrid. While Madrid felt compact, Porto seemed to sprawl, so it took us quite awhile to get to the park. On the way we stopped at McDonald’s for some giant and delicious takeaway coffees. Gotta love Europe:

McCafé might just become our dirty little secret in Portugal. They were that good.

The parque was awesome, it’s maybe my favourite city park I’ve ever been too! It was big, green, full of grass and trees and lakes and some of the neatest public washrooms I’ve ever been to! Clara loved the swans, pigeons, and ducks. The park was dotted with some ruins (we think) and ended at a super cool building overlooking the ocean where we stopped for vegetable-full lunch!

In the afternoon we walked home along the ocean, I’ve never been to this edge of the Atlantic before and it is awesome. The weather just punctuated how cool it was!

Monday was grey and dreary. While we really wanted to head downtown again (especially since there would likely be fewer crowds on a weekday), the rain got heavier and heavier as the day went on. We did go on a short walk to the Casa de Musica and the neat-o Mercado Bom Successo (and the mall next door), where we found an indoor play area for Clara and called it a day.

By the time we got back home, it was pouring, so we settled in for an afternoon of work and TLC (the channel). Sidenote: how distributing is Toddlers and Tiaras? Yuck! The weather did clear up for a bit around sunset, but it was just too late for us to head out so we roasted a chicken, had a huge dinner, and an early night. The lesson learned there is that if we are going to be tourists in a town for just a few days, we’d be better off to stay in a good location to the sights. That way, when the weather cleared up we could have gone for a short walk.

This morning we caught the train to Lisbon, where we are as I post this! The views over Porto as we left were beautiful (the sun came out at a perfect time), and we’re excited about he next leg of our adventure in Lisbon. We’re also excited that this train has wifi!