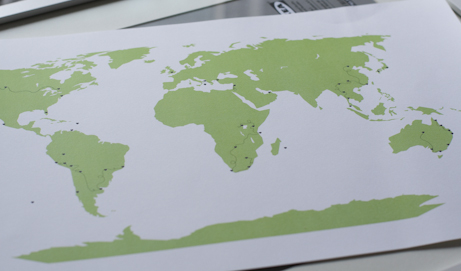 Several months ago I came across an awesome etsy seller, January Jones Prints, and their super cool print, “the roadtrip”. It got me thinking… wouldn’t a world map with all the places the hubs and I have been together be an awesome piece of art to adorn my walls? I promptly contacted Kirsten & Nic, the proprietors of January Jones Prints, and we worked out a design fee for my print. I chose a green map with grey hearts, to match the bedroom, and after a few backs and forths, I was totally happy with the print and it was on its way! 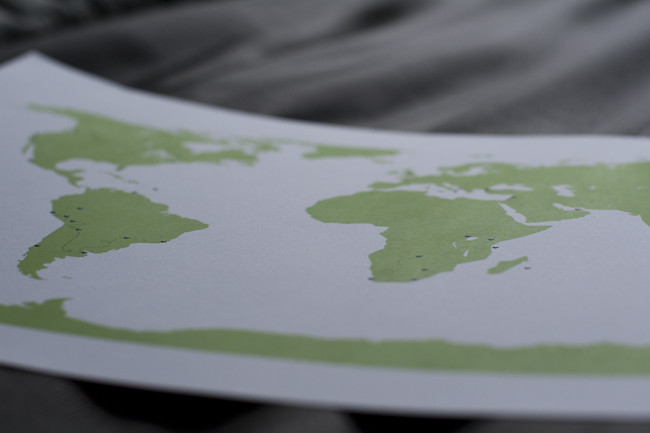 It arrived about a month ago, but I tucked it away until I had the chance to get a frame. For budgetary purposes, I picked up a 16×20″ (40x50cm) Ikea Ribba frame. They are super nice, super modern, and a bargain at $14.99 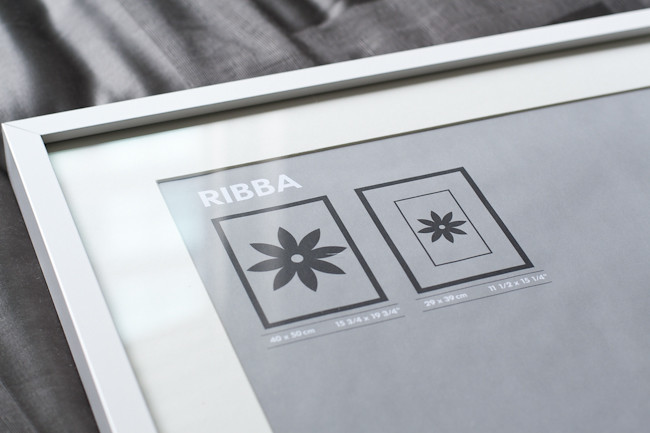 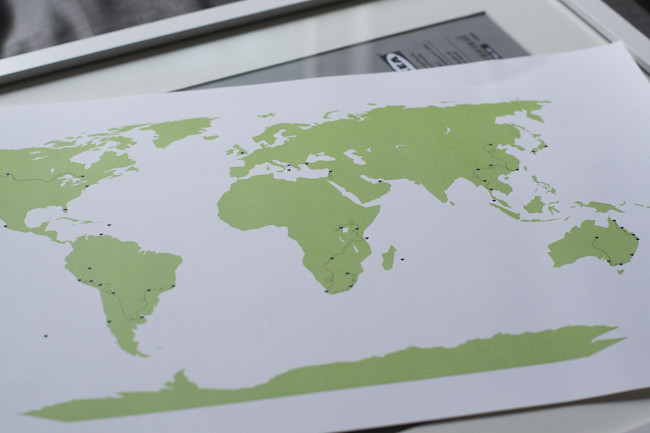 And it (sort of) works! A new mat may be in my future, but not quite yet! 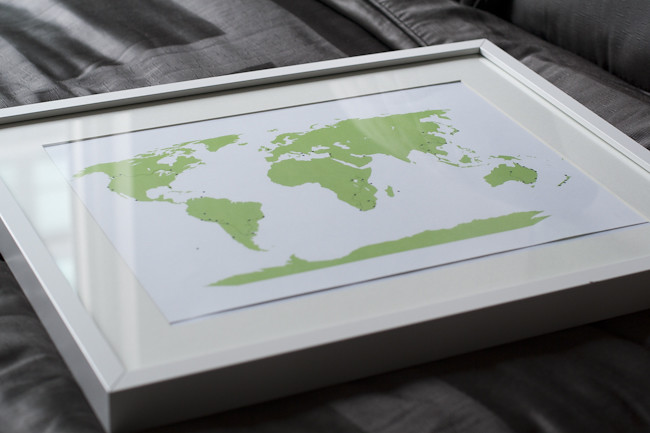 All that was left was hanging it! After a little bit of levelling… 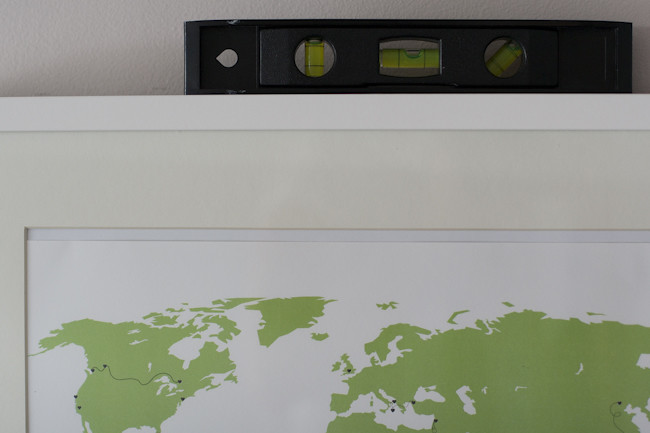 it was ready to go! 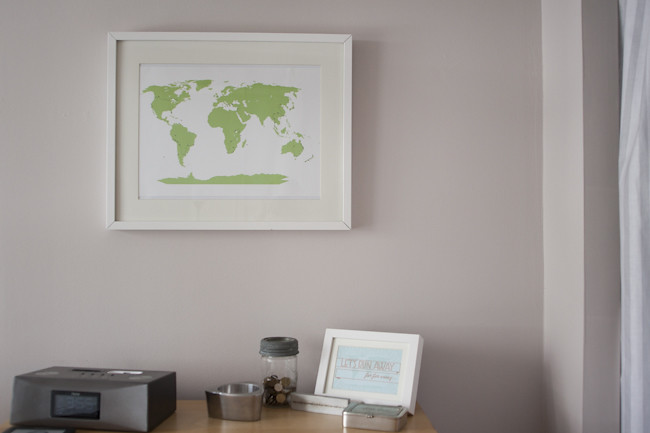 I think it totally adds to the bedroom, and the colours work perfectly. The hubs loves it (especially when he finally looked close enough to realize just how neat it is!) 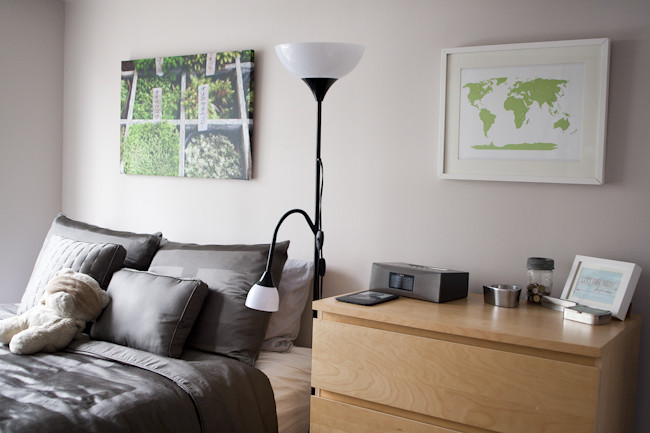 And yes… that is a teddy bear wearing an eye mask on the bed. What can I say? I like to snuggle the bear while I sleep (a little odd at almost 30, I grant you), and during the day, he’s a great place to store the eye mask…

But back to that print, it looks awesome! Even better? More super cool art from January Jones Prints adorns my walls too! But that, my friends, is a post for another day!

One Reply to “etsy print!”