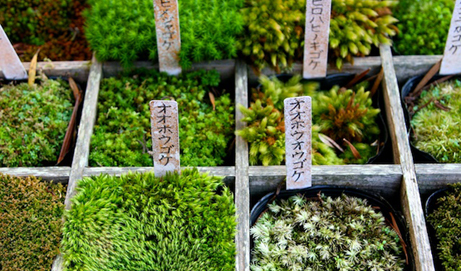 This photo was taken on November 15, 2008, in Kyoto, Japan.  As I’ve mentioned before, the hubs loves Japan.  In addition to his love for Japan, he has a strange affinity for moss.  If he loves Japan, and he Loves me, he LOVES moss (just kidding, at least I hope he loves me more than he loves moss, but you never know).   However, this love of moss turned out very well for us, because it caused him to take this awesome picture, which now graces the wall above our bed.  In a somewhat wacky twist of fate, I recently learned that an etsy photographer sells an image of exactly the same moss.  And it made it to the front page.  Which is CRAZY TALK.  So, I wanna know, who’s version of the image do you prefer?   Should I start selling our photographs on etsy?