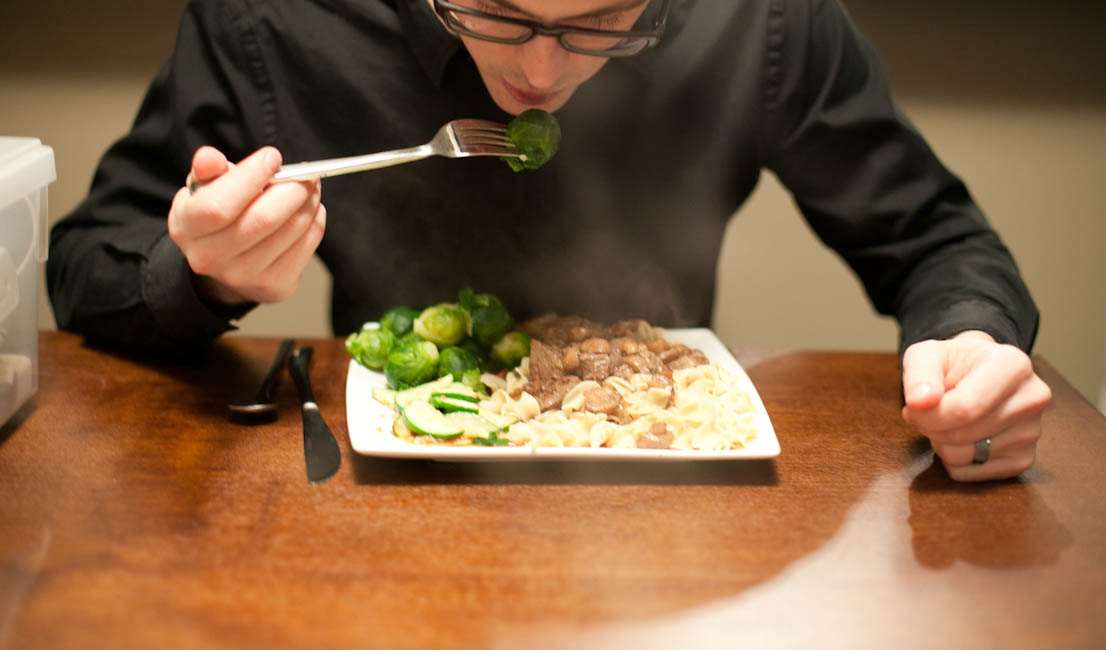 the hubs the cook

Last week the hubs got home earlier than I did from work and since he is a super star, he decided to cook dinner before I got home! Cue the collective “awwwww”. It was such a good treat for me, and since I wasn’t home for most of it, it was much more pleasant for him than his usual cooking. (He fondly (and sometimes not-so-fondly) calls me “Kitchen Boss”, I’ll let you imagine what that entails.)

I’m not a huge Beef Stroganoff person, possibly because I wasn’t raised in the 50s, but I do like some delicious stroganoff on some delicious egg noodles every so often on a cold winter’s day. Last year I tried the ravely reviewed Beef Stroganoff III recipe from allrecipes.com and… nothing. It was ok. Or maybe even almost ok. I wasn’t a fan of the flavours, or the consistency, or anything much about it.

But, in the spirit of cleaning out our pantry before the move, I decided to give stroganoff another shot.  Because when I think egg noodles, I automatically think stroganoff.  Even though I’ve made it once in the last two and a half years.

I certainly wasn’t going to try Beef Stroganoff III. But I did find a highly reviewed stroganoff from epicurious (the Bon Appetit recipe from September 1999). And off the hubs went!

This recipe is not your basic super simple kind of recipe if you are in a hurry. It requires a bit of leg work, but it is delicious. This doesn’t look like your regular stroganoff, it is less thick (in our case, likely largely in part to the fact we used milk instead of cream), but the flavours in this stroganoff are pretty delicious. And I’m pretty sure they were extra delicious because they were made by the hubs :)  (Who, by the way, likely won’t be a fan of this picture.  I think he looks cute). From Epicurious, adaptations and comments in [square brackets] my own.
Serves 4