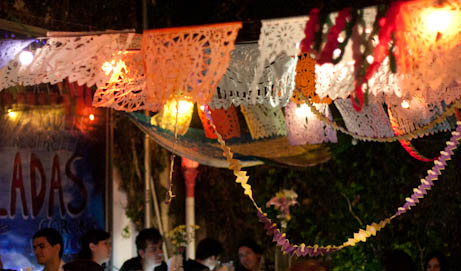 One of the things that we miss in Buenos Aires is good Mexican food. This little factoid usually surprises most of our friends. Maybe it’s the general Argentine aversion to spicy food, maybe its the distance from Mexico, or maybe its something entirely different, but there just isn’t a lot of Mexican food around. There is also not a lot of ingredients available to make our own Mexican food.

So we were delighted when we learned that one of the very best taco places in the city is about 5 blocks from our apartment, in super fun, super trendy, Palermo Soho. 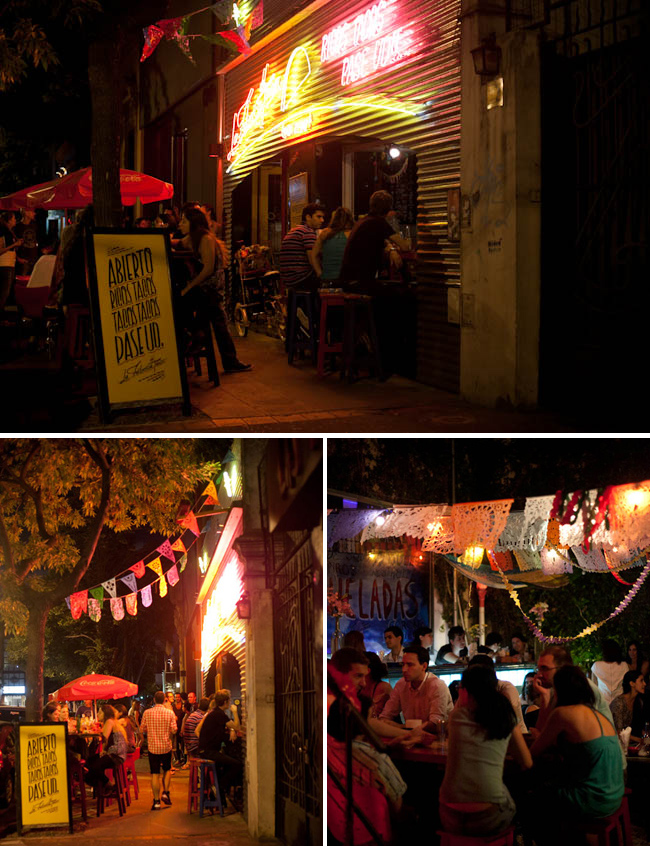 La Fabrica del Taco is actually run by a Mexican expat – hence the delicious Mexican flavours. Like Palermo Soho itself, La Fabrica del Taco oozes style. From the colourful bunting and art, to the outdoor tables, to the dark lighting, you just know this place is cool. The crowd is mostly people in their late-20s to early-30s. And at any given time 20-30% of the crowd might be foreigners (tourists? expats?).

One problem. The service. Two out of three visits we’ve had terrible terrible service (forgotten food, fighting to get change, etc.), and this last time the service was just ok. 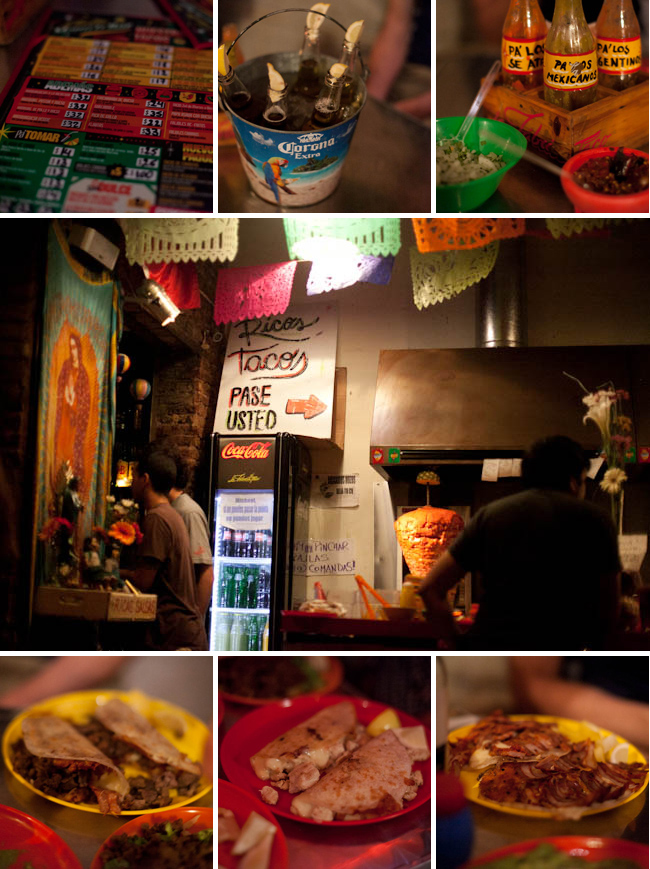 In any sort of darkly light establishment with loud music and a drink list as long as the menu, you might expect the food to be … lacklustre. But the thing that keeps bringing me back to La Fabrica del Taco is the food. In our three visits, we’ve tried every taco on the menu, the quesadillas, and the guacamole. My favourite tacos are the campechana and the chicken taco with cheese.

The guacamole comes on a gigantic plate, decorated with crunchy corn tortilla chips. We usually eat up the chips as an appetizer and save about 1/4 of the guacamole to top our tacos. This strategy is highly recommended, as guacamole makes almost anything even better.

The other thing that La Fabrica del Taco has done right? Real hot sauce. The restaurant shows off its quirky sense of humor in the names of the hot sauce. When you turn around the Poco Picante sauce, it’s for Argentines, Picante Regular is for Mexicans, and Muy Picante is for crazy people. The hubs loves the Muy Picante and I love the Picante Regular (though the regular isn’t all that spicy, it is salsa verde, one of my favourite flavours).

In terms of drinks, over the course of of various visits we’ve tried a bizarre concoction of corona, lime juice and tabasco sauce that was odly good, but I wouldn’t order again, blended margaritas, margaritas on the rocks and corona buckets. Drinks here aren’t a particular bargain.

Every time we got to La Fabrica del Taco we say it will be the last time. But then we always go back. I think it’s because we really enjoy their tacos. And on top of that, it’s got a great atmosphere and is usually a lot of fun … until you need service for whatever reason. The last time we went, three of us ate well and shared a bucket of coronas for 315 pesos ($75) including tip.