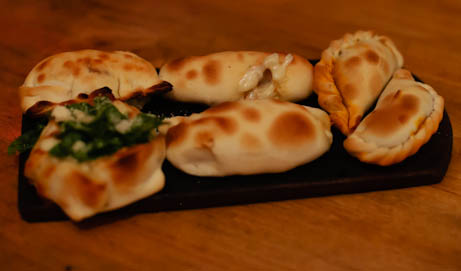 A friend arrive on Monday to spend a week with us in BA. So, to celebrate his arrival, we wanted to take him to a local parilla I had been hearing about. Unfortunately, ever the BA neophyte, I failed to check and see if it was open on Mondays. And alas, it wasn’t.

Now, as I mentioned yesterday when I was telling you a bit more about Buenos Aires parillas, this shouldn’t have been a big deal. There are thousands of parillas here. But we had just trekked through a torrential downpour to find our first choice all boarded up and didn’t relish the thought of wandering to find another one. We were very close to the famous (and delicious) La Cabrera, but weren’t really dressed for it, and didn’t have umbrellas in case we would have had to stand in line.

Luckily, because of the 365 Days of Dining, I’ve got food on the brain and quickly I remembered a highly reviewed pizza and empanada restaurant I had learned about that very day. Added bonus? It was not very far from where we were! Empanadas are as good of a “welcome to BA” meal as parilla is, in my books! 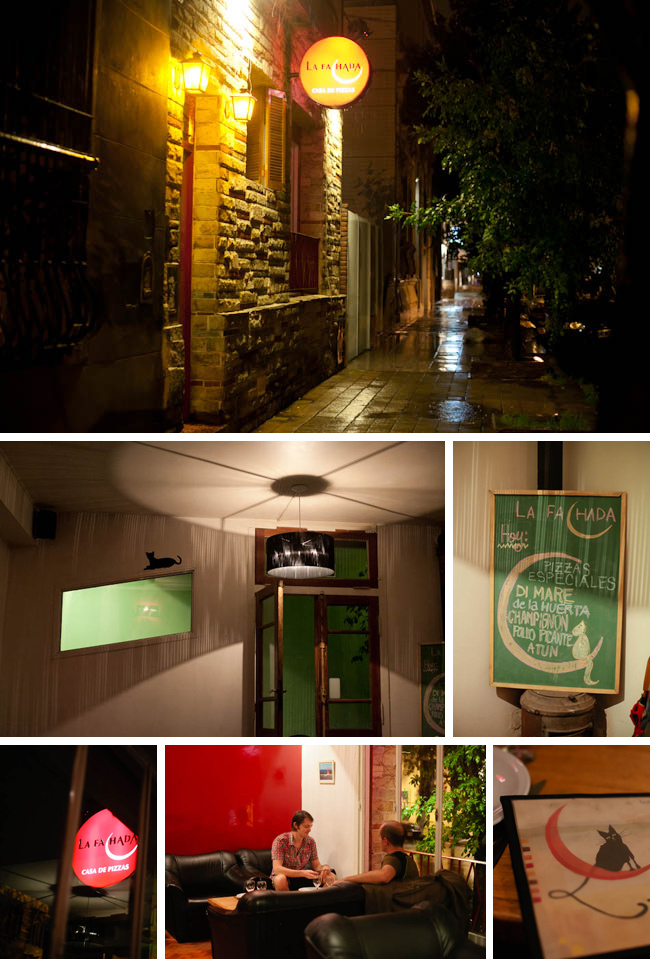 We arrived at La Fachada a little soggy, and very ready for beer, empanadas and pizza. It was only about 8:30, early (very early by BA standards), and we were only the second group of people there.

The restaurant is just outside of the trendy Palermo Soho neighbourhood (across Scalabrini Ortiz), but had almost the same cool factor. The restaurant is divided into two parts, a lounge area with leather armchairs, and a more traditional restaurant area.

We sat ourselves down in the comfy leather chairs, and were there for hours. It was almost as if we were having a really cool and casual dinner party, where we didn’t have too cook, in our really funky living room.

By the time we left, the restaurant still hadn’t filled up. That may, however, have been due to the rain (it was crazy), or to the fact that it was Monday. Because the delivery man was doing some serious business. 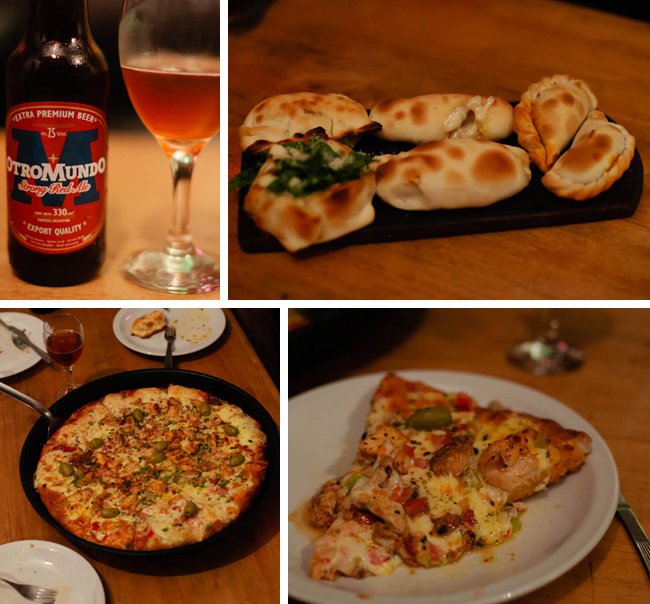 We started with beer (that’s food, right?), I chose a Red Otro Mundo (20 pesos). So. Delicious. And at 33% cheaper than in Palermo Soho? A bargain!

Next up, our empanada starter. Oh. My. Goodness. No wonder this place gets rave reviews. Since arriving in Argentina, we’ve had some good, some excellent, (and lots of bad) empanadas. But in my view, these were the best. They serve closed (cerrada) and open (abierta) empanadas at a cost of 7 to 8 pesos each. The standout for me was the unique sun-dried tomato and arugula.

Next up we shared an XL Pollo Picante pizza (76 pesos). Before I tell you about the pizza, I need to talk about two things. First – empanadas and an XL pizza is much too much food for three people. Second, let’s all remember that pizza is divisive. Everyone feels very differently about their pizza. My favourite pizzas are wood-fired, thin-crust, not-greasy, light-on-the-cheese pizzas. And this pizza, well lets just say it had a thick buttery crust, a fairly greasy bottom, and mountains of cheese. The saddest part – the buttery parsely-y flavour was delicious. But I could only eat one piece. And then I most of a second. And I just felt weighed down by the grease well into the next morning.

But this restaurant has rave reviews. So, I spent an hour today reading through some of them. And the consensus? There is none. In fact, it is polarizing. People either say this is the best pizza in BA or they hate it. There is no in between on La Fachada’s pizza.

If you are craving an American style pizza in Buenos Aires, go here. This place is perfect for you. If not, go here anyways and stick to the empanadas. Because there is a consensus on those… they are incredible. Combine that with a cool atmosphere and cheap beer? You’ve got yourself a great night out! And, at 199 pesos ($45) for too much food and more than enough beer for 3 people? You’ve got yourself a bargain.