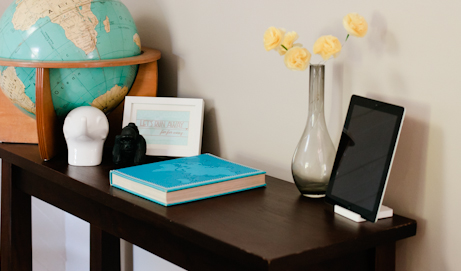 Happy August ya’ll! While some of you might lament the passing summer, I’m excited because after August comes September. And September is when the next iPhone is rumoured to be announced/released! See you later crappy-camera-super-slow iPhone 3Gs (also, #firstworldproblems)!

But I digress. I’m in the midst of writing a soul-baring post since it’s been awhile since my last one. But those posts take a few days to write, edit, rewrite, edit, rewrite, and so on and so forth, so in the meantime, I thought I’d give you a super fun, super quick, super easy project that I did in less that 20 minutes on Sunday night! 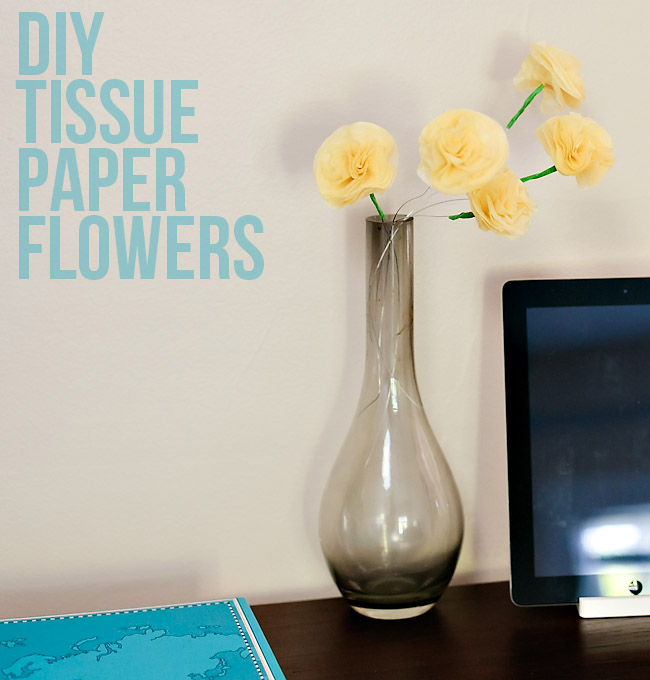 These pretty yellow flowers were inspired by (you guessed it…) Pinterest! 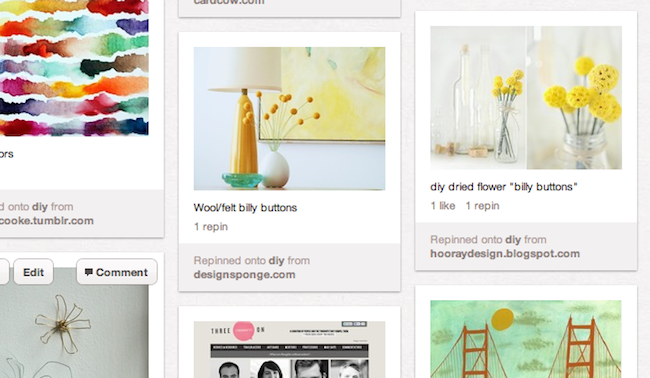 Though I wasn’t a big fan of needing extra supplies like I would for either of those two pretty projects pinned above, I did have yellow tissue paper and some craft wire on hand. So, I googled (or perhaps pinterested) “DIY Tissue Paper Flowers” and came across this tutorial for Tissue Paper Carnations.

I followed her tutorial step by step (using 24 gauge craft wire instead of pipe cleaners and just a bit of painters tape for a pop of green) and in just a few minutes had added to our new hall table zone with five bright yellow flowers (that don’t look much like carnations to me!) 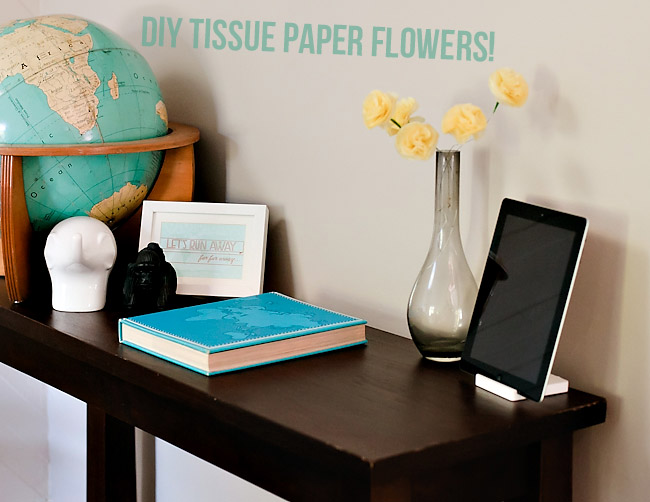 Super easy. Super quick. Super awesome. Cheaper than fresh flowers (I’m on a budget… yo!) but almost as happy making when I look at them. 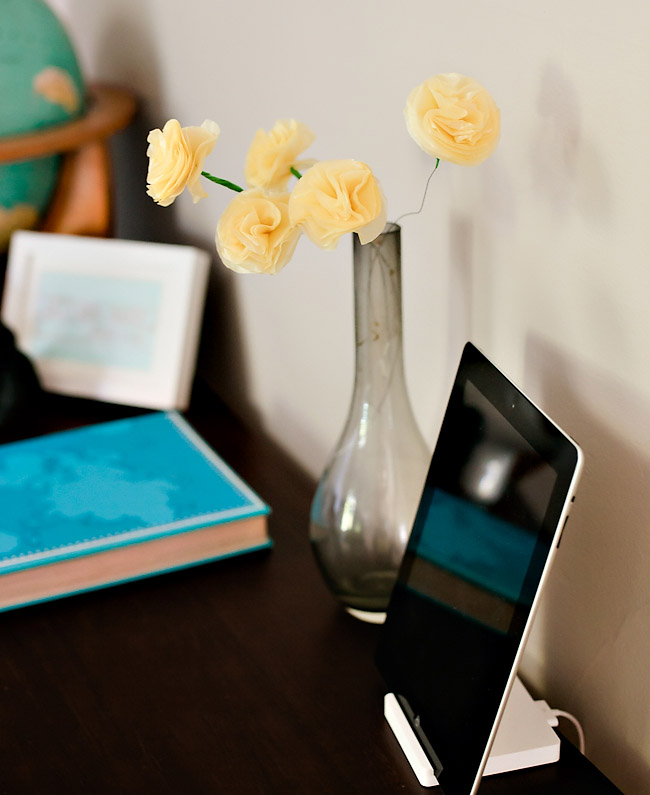