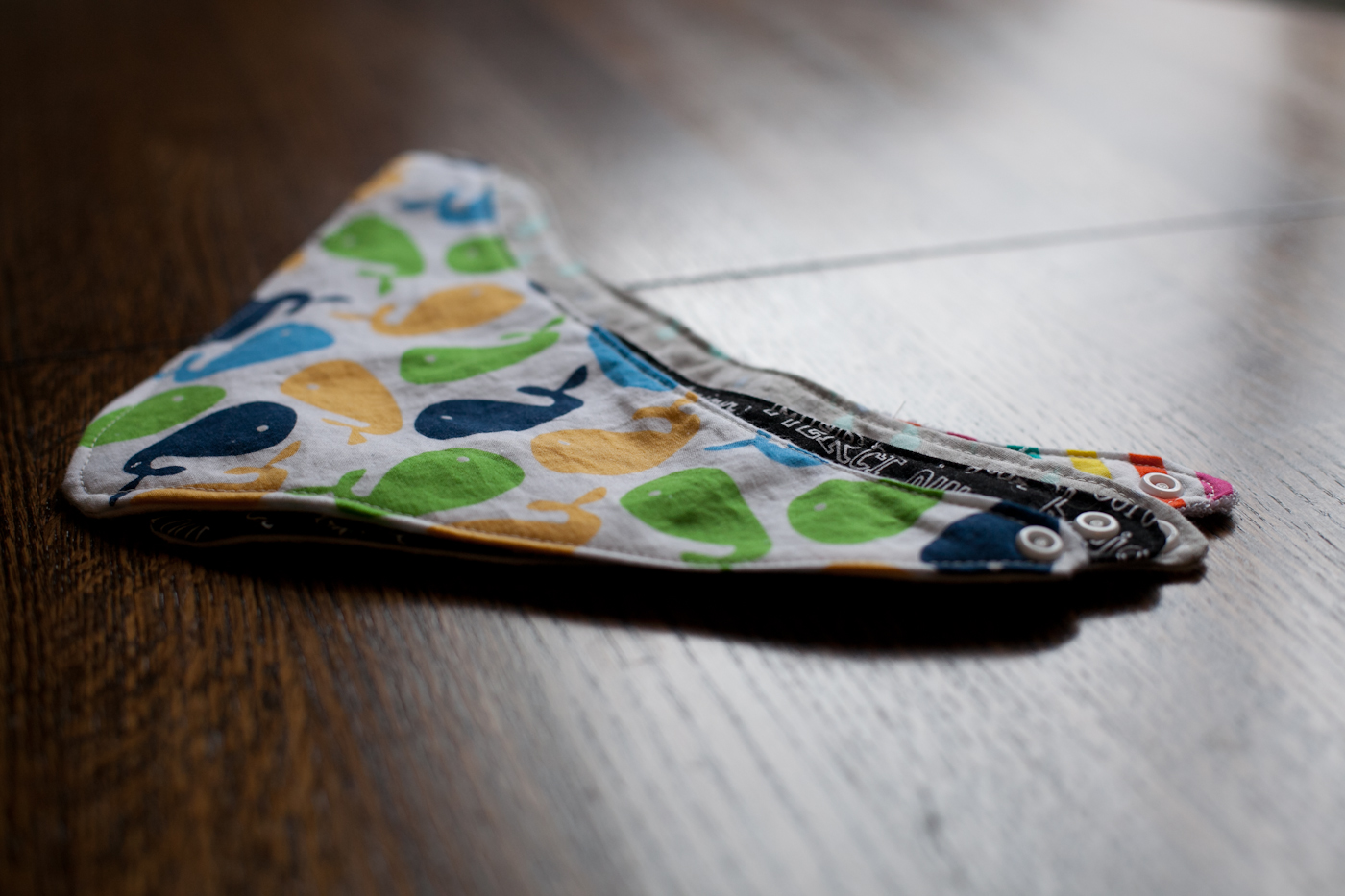 I was inspired to make these dribble/bandana bibs because my cousin’s son always looks so adorable in his! I just figured that rather than buy them, I would make them myself! Googling “DIY Dribble Bib” brought up about a zillion patterns, I chose the Bundles and Buttons one. Instead of sewing on straps or velcro (like a sucker) I bought Babyville Boutique snap pliers and snaps, which made my life about a zillion times easier. I got these when they were 50% off at Joann’s. At full price, they might not have been worth it. At 50% off, they were a steal; especially since I’ve been making these like crazy as gifts for people!