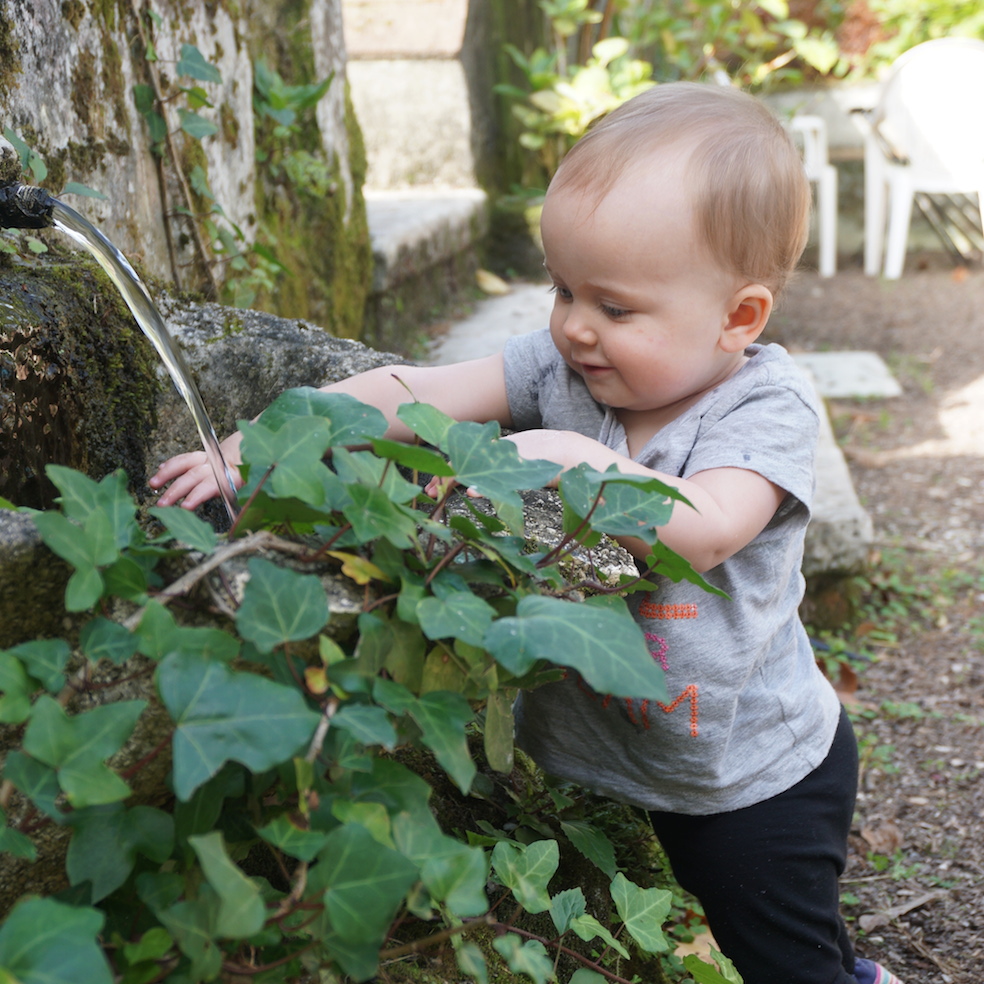 We should have stayed in Sintra

When had pretty much arrived at the conclusion that Portugal just wasn’t for us. Then we got to Sintra.

We’d heard some pretty positive things about Sintra, so had decided to make it an overnight adventure rather than just a day trip. But on the 40-minute train ride from Lisbon we were worried—we thought we were supposed to be leaving the city, but each and every stop on the train was dense suburbia.

That is until we got to the last, glorious, stop where suburbia made way for parks and trees and mountains and twisty-turvy cobblestone streets. The stuff out of fairy-tales.

Our B&B, a short walk from the train, was delightful (the owners had just finished a 5 year restoration of the century-old house). They had not only provided us with a baby-cot, but also with a baby-tub and rubber ducks for Clara to play with. I think it might have been my favourite hotel stay, ever.

On our first afternoon in town we visited Quinta de Regalia. I’ve never been to a better tourist attraction—and since a picture is worth a thousand words (and even pictures don’t capture it) here you go:

Our dinner on the first night was capped off by complimentary port and pastries. Can you imagine a restaurant just setting down a bottle of port on your table and allowing you to help yourself?!

Unsurprisingly, by the end of the first day, we had decided that one night in Sintra just wouldn’t be enough. We slept so well there. The wifi fast and reliable. The staff at the hotel simply smitten with Clara. And the affiliated café (where breakfast was served) delicious. And we just felt so happy to be there.

When we awoke the following day, we filled our bellies with the hearty breakfast and then set off on what ended up being Fall Walk, 2014. We hiked up through the towns and the woods to get to the 10th century Moorish castle.

The we walked up yet another peak to get to the Palacio de Pena, this place—yet again—was straight out of a fairy tale.

Then we wandered through the gardens, and did a loop back into town. The walk/attractions took the better part of 6 hours. Clara was a trooper and let us carry her the entire time. She actually had about a two hour nap in the middle of the day as we explored the palace!

We had a late lunch of delicious sandwiches at our hotel’s cafe, and sought out the local library, with fast and free wifi. At that point we were sure we had made a horrible mistake—we should have spent three weeks in Sintra with day trips to Lisbon. That one goes into the life lessons pile for future travels!

Our plans to return to the same restaurant for dinner were thwarted by it’s being closed on Thursday, so instead we found a contemporary portuguese restaurant and had a lightened up dinner that was also delicious.

We slept soundly on our second night and then relaxed in the lovely town in the morning before—regretfully—having to get back to Lisbon in time for a call.

We’ve spent the last several days back in Lisbon working as efficiently as possible, given our internet situation; this afternoon we’re renting a car and driving down to Sagres, in the Algarve for three nights. We’re really looking forward to that. By the time we’re back in Lisbon, we’ll have just three days before flying home. I can’t believe how quickly time flies.