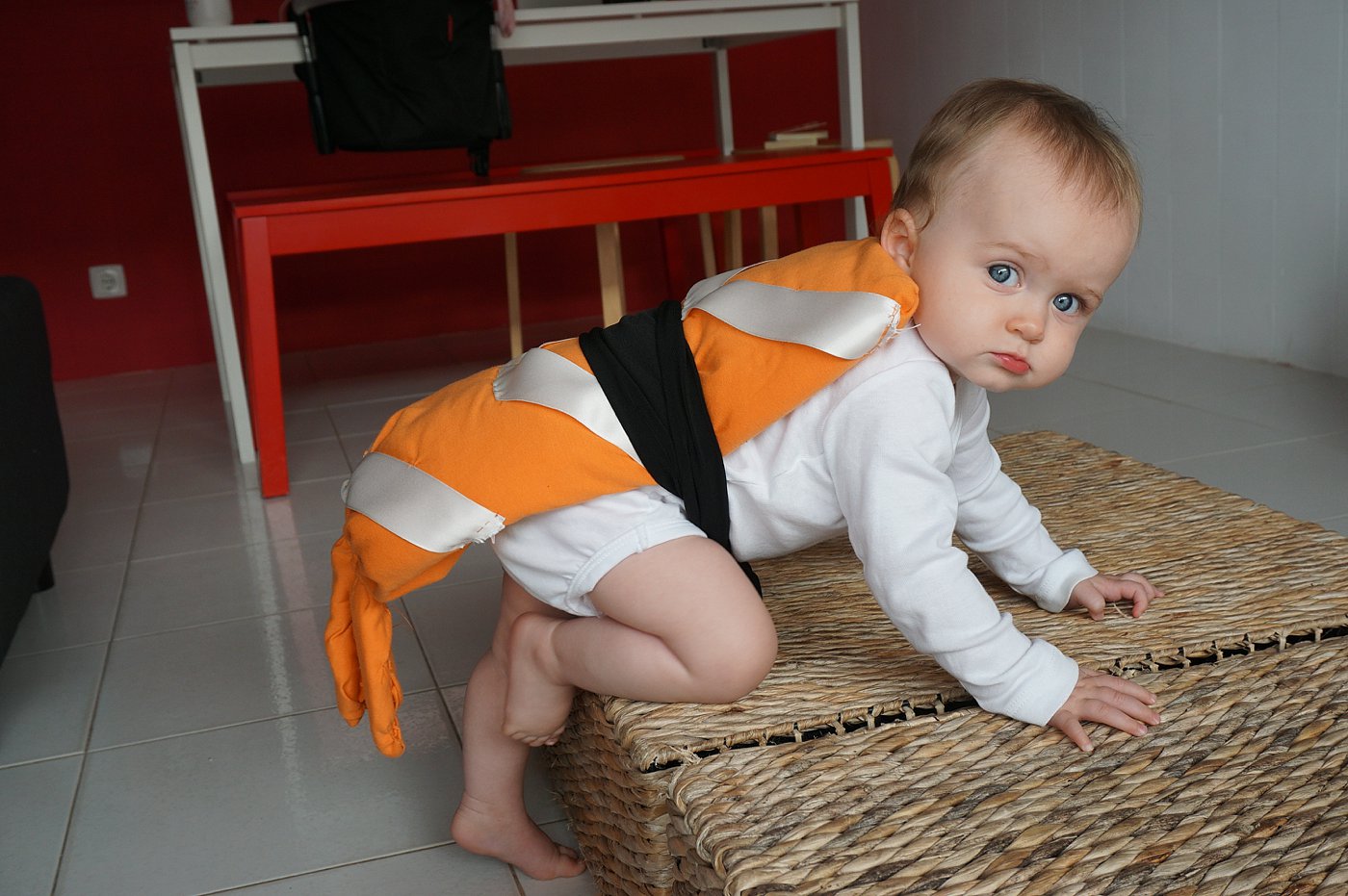 Yes, that’s right, we dressed up our baby as a shrimp sushi for her first Halloween.

Since we knew we were going to be in Portugal, I had originally convinced myself that we just weren’t going to do anything this year. Don’t interpret this as me not being into Halloween… quite the opposite… I LOVE it. Thinking up and creating unique costumes is one of the highlights of my year (my most original costume was probably my asparagus, the most sewing I ever did for one year was a group of flight attendants and one OSX leopard). So, I was worried that being in Portugal wouldn’t allow me to do Halloween as well as I wanted.

October 20th(ish) rolled around and my heart was breaking. We were going to need a Halloween costume for the little one, because I couldn’t let this “first” simply pass us by. No matter that they don’t really do Halloween in Portugal…

So I enlisted Google for some motivation and came up with the perfect costume. An hour in Lisbon’s fabric shops, and a couple of hours of hand sewing later we were done. (We being me and my very cute helper, whose preferred job was eating the spool of thread).

Halloween itself rolled around and we did a day trip to Praia de Rocha, a perfect backdrop for our little sushi.

Seriously, is this kid cute or what?