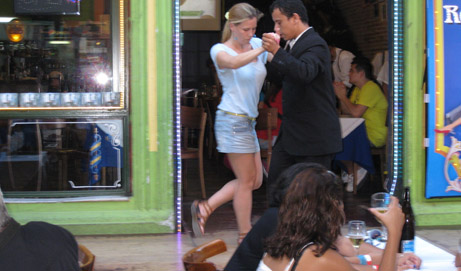 Before we get started, I want to mention a couple of things: my friend Melissa (West Coast Nest) is turning 30 at the end of this month. She’s got a 30-before-30 list too, so go check her out! Also, my (newer) friend Courtney (The Fig Tree) gave me a super sweet mention on her blog last week, in which said she’s enjoying reading these updates, which made me happy – because that means at least one person besides me (and my mom) is enjoying these updates! And they take a long time!

Ok. Here we go. As usual, I’m only talking about the things I’ve made progress on this month. If you want to see progress against the entire list, I’ve updated that as well today; you can see the entire 30-before-30 list here!

Item 4: Book and shoot at least 10 15 weddings as the primary photographer.

I’ve booked 13 weddings this year, so I’m so close! I’ve also got a pretty serious enquiry from a travel blogger friend I met in Turkey four years ago for her 2013 wedding, which is super exciting and would be my first 2013 booking!

I’ve spent the last 6 weeks experimenting with different types of advertising: Google adwords, which was expensive and didn’t result in a single inquiry, or much traffic. A Facbook ad, which is medium expensive, and has has resulted in lots of “Likes” to my facebook page and three inquiries. No bookings though. Which is interesting, because usually my conversion rate from inquiries is much higher (80-90%).

In terms of other marketing strategies, next week I’m going way outside the internet box and am going to try out a pretty expensive campus postering campaign. That worked really well for Rob and Lauren when they started their business. So, we’ll see if I get any bites!

About a month ago, Jasmine Star announced she was going back to Seattle to teach another Creative Live course. And I really, really, really want to go!

I spent a month working on figuring out how to say all that I wanted to say in one short minute. On Saturday, the hubs and I went out and filmed all the footage. And, though it was super awkward to be behind the camera, I’m very excited about how the final project will turn out. I’m going to spend the next few days editing the video until it is as close to perfect as it can be. then I’ll share it here and with the rest of the world! Scary! And exciting!

Remember last month when I told you I was thinking of giving up this goal? Well a few days later my mom arrived and we went to the La Boca neighbourhood, where a man in a tango show dragged me up on stage to dance. I can now say I’ve checked the box on this goal (“learn” is a vague word, people).

Notice from :07 to :17 where a man on the street tells my mom I am his “big fantasies”. Ahh, Latin America.

I’ve sort of given up on the online Spanish course. Also on an in person Spanish course. Instead I’m concentrating on improving the Spanish I’m actually using. Talking to shopkeepers. Ordering at a restaurant. The fruit and vegetable market (where you don’t pick out your fruit and veg, the market person does at your request). My experience at the market on Saturday was about 1000x better than my first experience, I can order vegetables! And food! And I’m better at describing the fruit and veg for which I don’t know the name. And I’m so glad I picked a word like “improve” for my goal.

Finally I’m getting into the swing of things. My ankle has been awesome, and yesterday I went for my first “long” run (8.86km) in awhile. (While this is “long” for 2012 me, I still feel pangs of loss for 2010 me, for whom that would have been just a run.) Are you on Runkeeper? Wanna be on my street team? I love it and find that it keep me accountable!

I signed up for a 7km race next Sunday here in BA (with a super cute race t-shirt) and for the 10km Sun Run on April 15 in Vancouver. I’m back people.

Also, in the back of my mind I’ve started to concoct a crazy idea about something I might do the weekend that I turn 30. It relates to running. It’s in Kelowna. It depends on my ankle. We shall see.

Finally – I’ve now got abs of steel. Want them too? Get a TRX and do some suspended crunches. Better yet? Atomic push ups. For serious. Abs of steel.

I did pretty well this month! I experimented on and off with #febphotoaday (now #marchphotoaday). I found that I preferred to not be limited by the suggestion. However, if I needed some inspiration – I like having the suggestion! Though I missed 7 days this month, I did start thinking a lot about the quality of my photos. Sometime this month, I started to really value these photos (it only took 140 days). Taking an extra moment to think about colour and composition has completely changed the way I feel about this project and it no longer feels like a burden!

I (finally) drafted my interview with Tara McMullen – it’s out for her review. I’ve also contacted a couple of BA photographers to see if they’ll be interested. My heart’s breaking that I don’t think I’ll be able to afford to go to Santiago and meet with Kyle Hepp – but it’s just so far, and so expensive. Maybe I’ll cross paths with her another time!

I missed a week in my “getting back from Antarctica” funk but I did manage to write a food post every other week. Also, last week’s post on broccoli had three recipes in it. I say that more than makes up for missing a week! Seventeen. Eighteen. Nineteen.

I’ll be blogging more than one food post a week in the coming weeks. Bust since this post is already eleven hundred words long, I’ll tell you more about that on Wednesday!