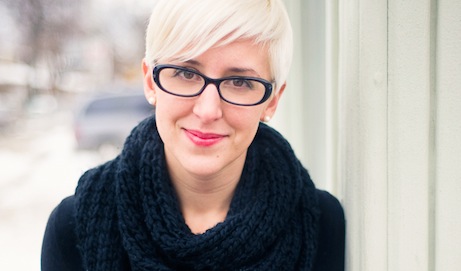 On a not-so-cold mid-December day in Toronto, I met with Tara McMullen, a wonderful Toronto wedding photographer. I can’t remember when I first heard of Tara, though I’m quite sure it was shortly after I started shooting in Toronto in late 2009. From the moment I saw her work, I was drawn to her style. Her images make me want to befriend her clients, and that says a lot about Tara as an artist.

About a year after first learning of Tara, I took her workshop, and a year after that, I invited her for breakfast at a place of her choice. Tara suggested Lady Marmalade, a funky little Leslieville restaurant.

I had prepared for our breakfast by thinking up several journalistic style questions, but I needn’t had bothered. Our conversation was organic. And, as I left the restaurant I found myself scrambling to take notes on all that we had discussed. And we covered a lot of ground in our hour long visit: gender bias in the photography industry, running effective client meetings, leaving the well trodden path, work ethic, shooting with film, and more. One thing we didn’t talk much about? Tara.

Three things are immediately obvious when you meet Tara McMullen. First, the lady’s got style. But more

importantly, she is smart and she is humble. She blushes upon being complimented on her work (but seriously, isn’t this the best bridal portrait ever?)

We had a fascinating discussion on gender bias in the wedding photography industry. Up until that day, I had never considered the industry to be particularly sexist. But, Tara notices these things – somewhat unsurprisingly, since in her prior life she was a PhD candidate in sociology. The vast majority of wedding photographers are women, it is true. But when you peel back the layers a bit, something becomes striking: the world’s wedding photographers most renowned for their work are men, those renowned for their brand (or their product) are women. (With the notable exceptions of Elizabeth Messina and Sarah Rhoads) And this, my friends, is quite disconcerting, because there are a lot of talented women out there.

Our talk moved from gender bias into “following your dream”, very relevant for me at the time, since I was two days away from leaving my legal career. Tara had several insights because she also took a leap of faith, and left her PhD program to become a photographer.

We then started talking about the business of wedding photography. We talked about pricing (and how critical it is to value yourself, something that I continually struggle with) and about running effective client meetings (Tara is a master at the latter). We talked about scalability. Last summer, during the height of wedding season, Tara would find herself editing all night long, fighting to keep up with client emails and blog posts, and having no personal life. This year, she has hired an assistant: someone to do the jobs Tara likes less so Tara can shoot more. Smart, right?

In addition to awesome conversation, and a much needed does of inspiration, I also got a free breakfast. Despite my inviting Tara out, I failed to anticipate that Lady Marmalade might be cash only. (This is extra awkward because Lady Marmalade clearly states this on its website). But, Tara foot the bill with a laugh and – ever humble – a self-deprecating remark about failing to have warned me (which was totally unnecessary, since I’m the smarty pants who took someone for breakfast without any cash). As I left the restaurant and checked my watch, I was surprised that we had only be at it for one hour. That’s a whole lot of ground to have covered (and a whole lot of inspiration to have gained) from one short hour.

Go check out Tara’s work and, while you are at it, learn about her awesome-sauce personal project, The ‘Other’ Love Stories.

2 Replies to “Breakfast with Tara McMullen”