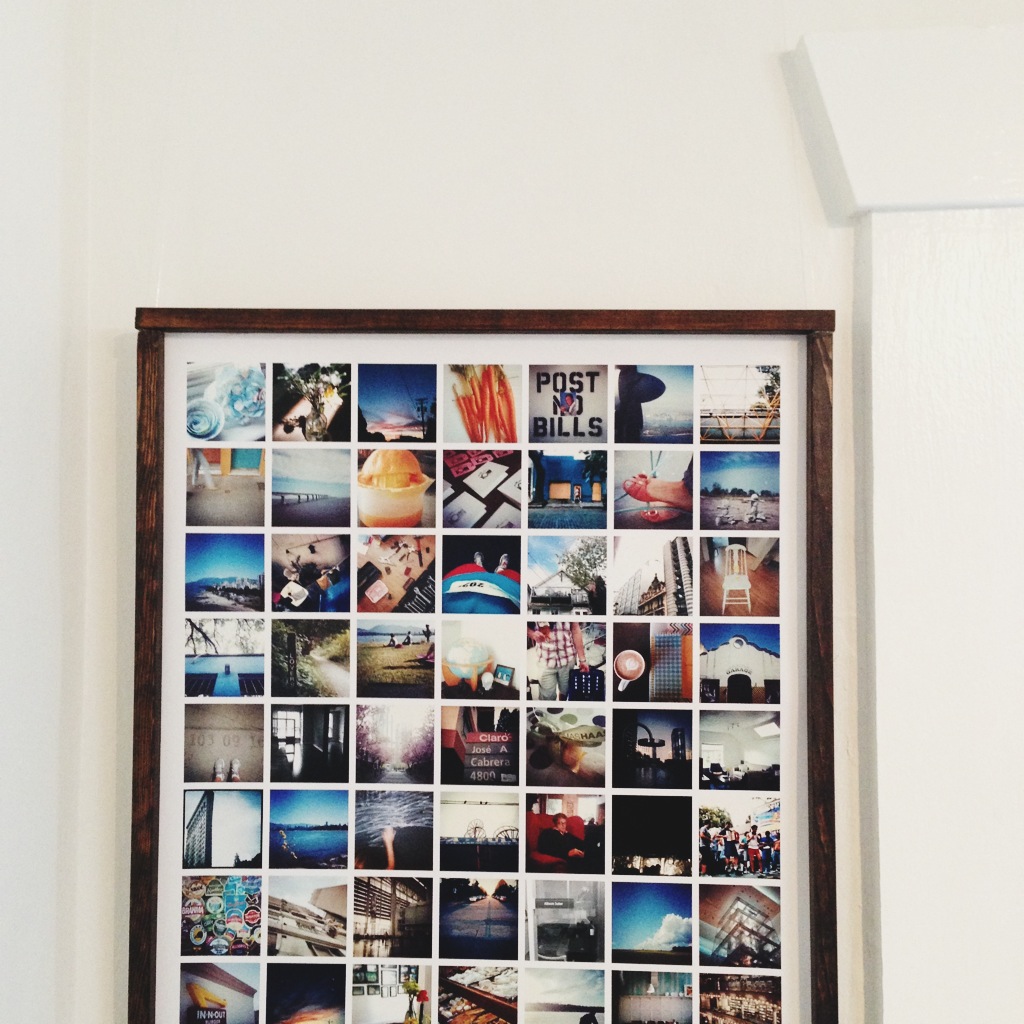 In October when I posted a collage of my 365-photo-a-day challenge, my friend Melissa suggested I reward myself with a Prinstagram poster. I thought that was a fabulous idea, so I picked out 105 of my favourite Instagrams and patiently waited it’s arrival.

And then I couldn’t figure out what the heck to do with it. For three months. While 20″x38″ is a really cool size, it is also a really non standard size.

We’re bootstrapping SimpleTax and are on a serious budget, so a custom frame was totally out of the question. I considered mounting it on foamboard, but that was too permanent. I thought about taping it to the wall and making a washi tape frame (like this), but that was too … I don’t know … dorm like.

And then when I was totally overwhelmed, and the hubs was totally annoyed with the print living on the ottoman, and I didn’t know what the heck I was going to do with it, this awesome diy frame appeared on Young House Love. And it was perfect.

We hit a few speedbumps with our version of the frame (I suggest following the steps in YHL post), but now that it’s up, I’m so happy with the way way it turned out! I love standing in front of it and looking at all the awesome moments from our last several years!